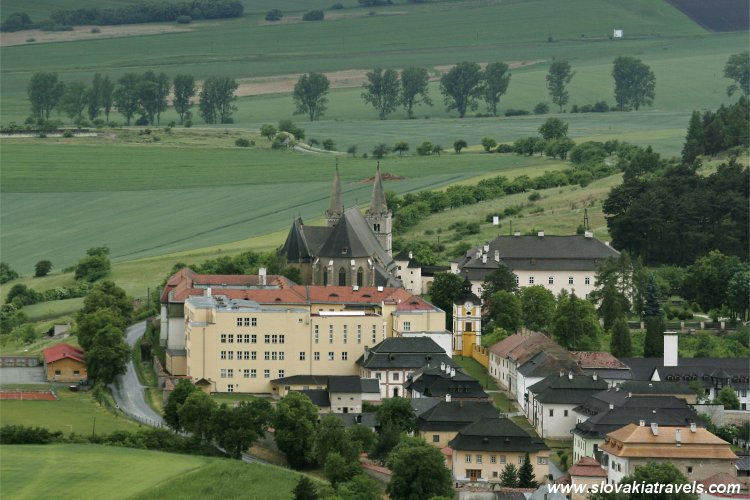 (Religious capital of the Spis region). Also the history of Spisska Kapitula is connected with the history of the Spis castle. It is situated on the eastern part of the slope of the Martin's hill ,1 km from the town of Spisske Podhradie.
This small ecclesiastical seat of the 13th century is completely surrounded by stonewalls, built between 1662-1665. Today is the seat of the Bishop of Spis and the centre of Church administration.

The Cathedral of St. Martin - this three naves construction in the late-Romanesque style is of the first part of the 13th century. It has two Romanesque twin towers and a gothic sanctuary. The cathedral was different times restored. Between 1488 and 1499 was connected to the church the late-gothic Zapolsky funerary chapel and in the years 1777-1778 the cathedral was restored in baroque style.
The cathedral has particularly valuable interior, especially the Gothic altars; the altar of St. Martin (1470-78), the altar of the Three king, the altar of St. Michael, the altar of the Virgin Mary Falling Asleep, the neogothic altar of the Pietà. The most precious altar is the neogothic triptych altar of the Coronation of the Virgin Mary created in 1493, it is the Zapolsky Chapel. Near the door it is located a very precious object - a white lion (Leo albus) a Romanesque stone sculpture originated of the 13th century, and is one of the little examples of the Romanesque art in Slovakia.
On opposite sides of the cathedral are situated the Seminary and the Bishop's Palace of the 15th century, in Romanesque origin and more later restored in gothic and baroque style.