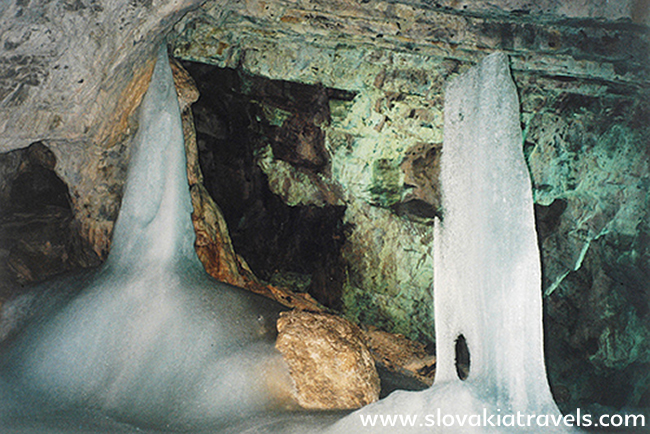 The unique karst examplary in the National park of Slovak Paradise is the Dobsinska Ice Cave.

It is a karst cave with ice content in some parts of the cave. The largest part of the cave was discovered in 1870 and immediately from the beginning it attracted a lot the attention. Thanks to the Dobsina town the cave was open to the public already in 1871, just a year after its discovery. Since 1882, it has been the first cave with electric illumination in that-time Hungary.

A curiosity of the cave was that until 1946 to its inside was possible to skate on ice for the public all the Year round. In the early Fifties years inside the cave, was trained also the well-known Czechoslovakian champion Karol Divin. 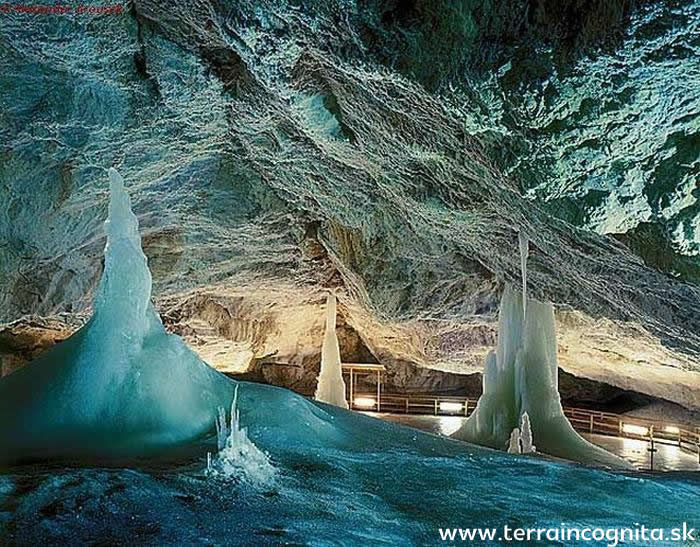 The cave length is 1,232 m, for the public are accessible only 475 m. The vertical range is 112 m. The air temperature in the ice chamber called the Big Hall goes from the -3,8 until + 0,5°C, the relevant humidity is 75 - 88%. In the Big Hall there is ice in the form of ground ice, ice waterfalls, ice stalagmites and columns, the largest layer of ice is 26,5 m thick. The individual parts of the cave carry names in base to what remember: In the frozen parts are situated the Small Hall, the Big Hall, the Hall of Rufiny and the House destroyed. In the the not freeze parts done we remember the Stalactites Hall, the White Hall, the Dry House, the Hell.

Due to its beauty and nature value it was inscribed into the List of UNESCO World Natural Heritage in 2000.