The castle is situated on the limestone cliff, and has been constructed in place of a Slavs settlement and from the 11th century it has become the king's guard castle of the town. The oldest part of the castle is probably the Romanesque tower. The rests of the tower are found in the advanced courtyard. The castle was owned by important royal and gentry families, of which the most famous was Matúš Cák of Trencín (from the beginning of the 14th century). He possessed others 50 castles. Of this period is also most ancient and very well conserved the Matus tower. 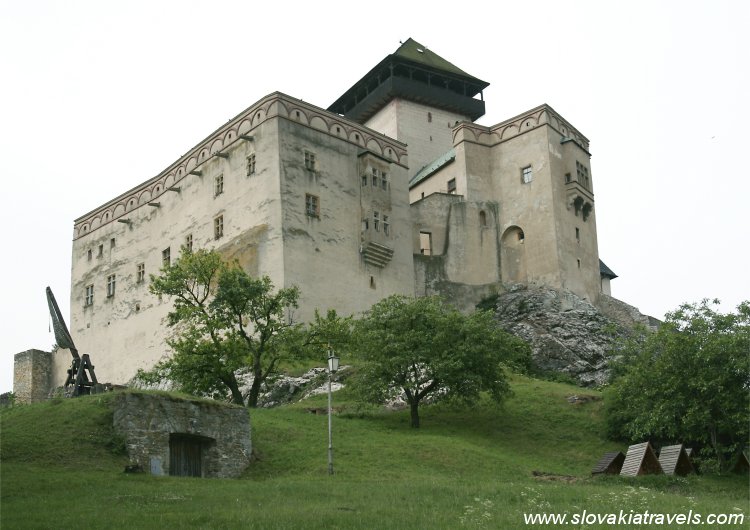 To the tower they have been joined some gothic palaces: the Matus palace (that then it was destroyed); the Lodovit palace; the Barbara palace and the Zapolsky palace. On the first terrace of the Trencin castle it dominates the Cannon bastion, the chapel and above all the famous Well of love, deep 70 m, to which the legend is tied of the love between the Turkish Omar and beautiful Fatima. the attention of the visitors also attracts the construction of the barracks and the Clock Tower.

From the 2nd century AD a Roman inscription has been preserved on the castle rock of Trencín. The inscription represents the farthest northern memory of Roman stay in central Europe. This is commemorated by a Latin inscription of 179 AD In it, Maximianus expresses his thanks for the victory of emperors and the troops of the Second Auxiliary Legion, numbering 855 soldiers. The authenticity of this inscription is demonstrates also from the archaeological discovery of the stalk of the Markus Valeriius Maximianus statue in the rests of an ancient town, called Diana Veteranorum (today Zana, Algeria), where in the text some military actions are remembered the town of Laugaricio - today Trencin. 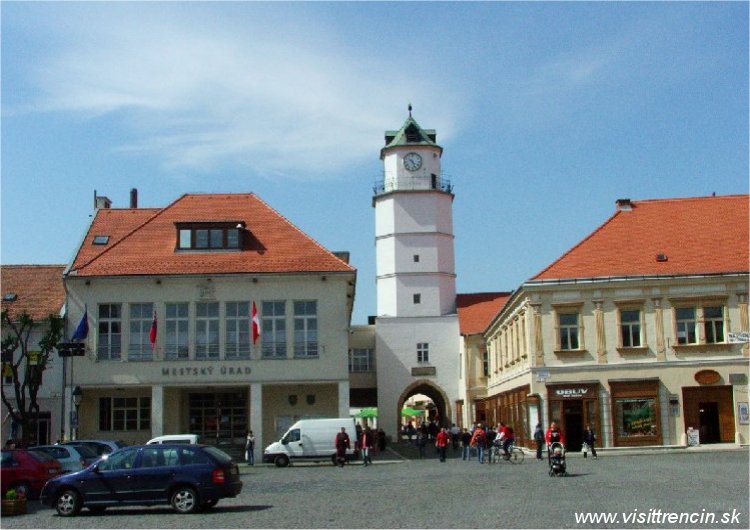 Of the two original gates of the citi's fortification system has been conserved only the Lower Gate, also called the Turkish Gate or the City Gate. It is been built in the 16th century in gothic style and in 1592 it was restored in renaissance style. 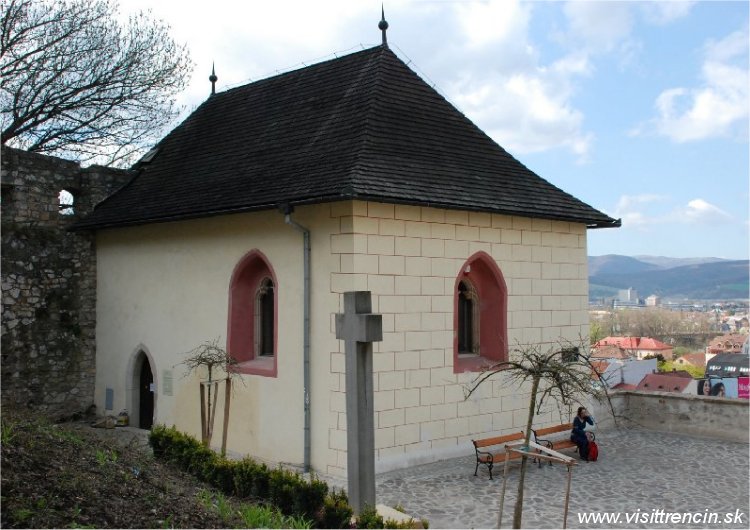 This valuable Gothic carner is of the 15th century and has 2 stories. In the basement is situated the warehouse of boneses and is closed the public. In the 16th century a second floor was built the chapel. The construction was more late restored and was used as an arsenal, and finally as a granary.

A Baroque pillar with group sculptures, also called Column of The Holiest Trinity, dominates the square. The Column was built in 1712 on the order of Mikuláš Ilešházi to commemorate the victims of a plague that broke out in Trencín in 1710.

CHURCH OF THE NATIVITY OF THE VIRGIN MARY 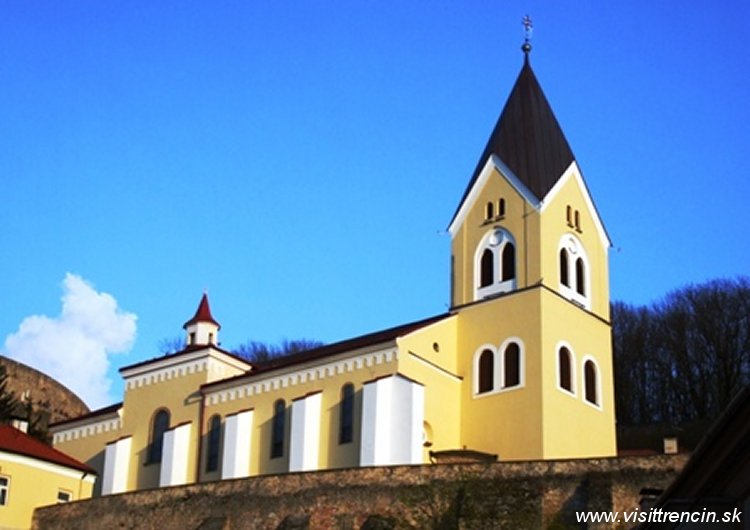 Of the original Gothic construction has been preserved only the presbytery. After the fire in the 1528 the church has been rebuilt to the Renaissance style. In the middle of the 18th century funerary chapel of the Ileshazy family were built in the aisles. 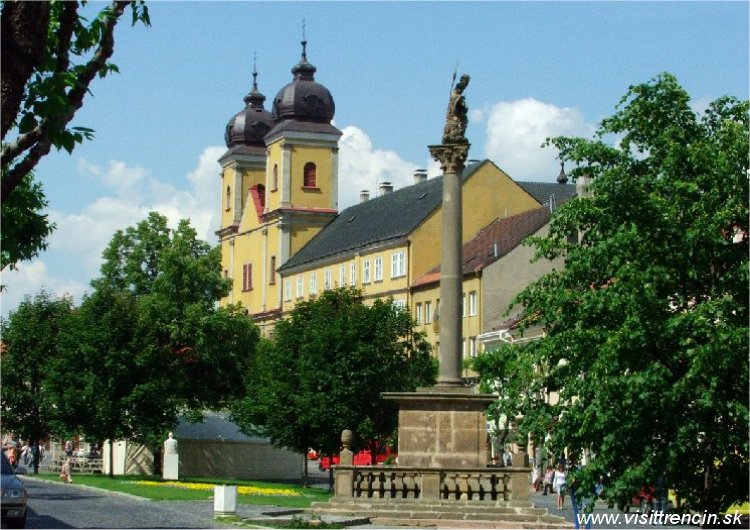 The church in early Baroque style with two towers was built in 1657. Italian builder Pietro Spazzo, together with his brother Berhard, supervised the construction. 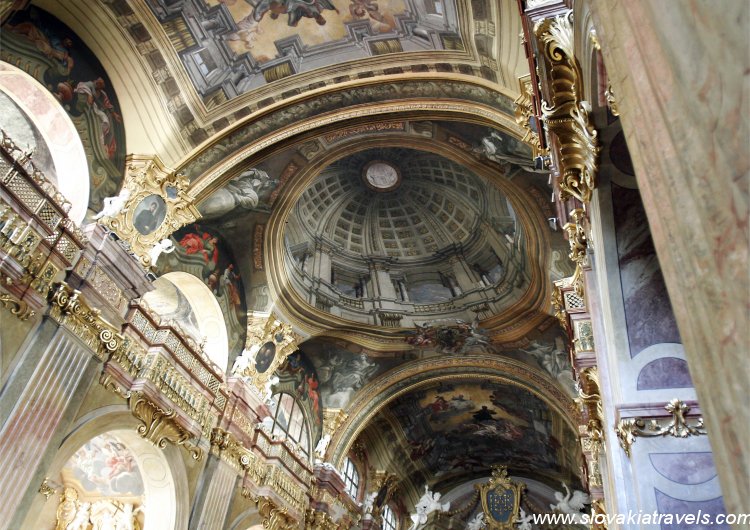 The interior of the church is decorated with frescoes work of the master Kristof Tausch. In 1662 a convent building was added to the church structure. The present appearance is of 1713, when the church was restored after a fire. 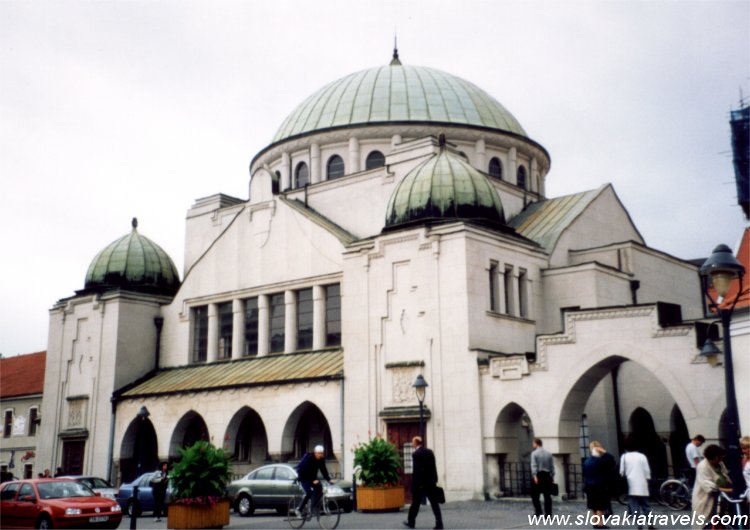 This neo-Romantic building with a cupola is of 1913. The sinagogue was built near the old synagogue and inspired by Byzantine and Oriental architecture with applied modern iron-concrete constructions.