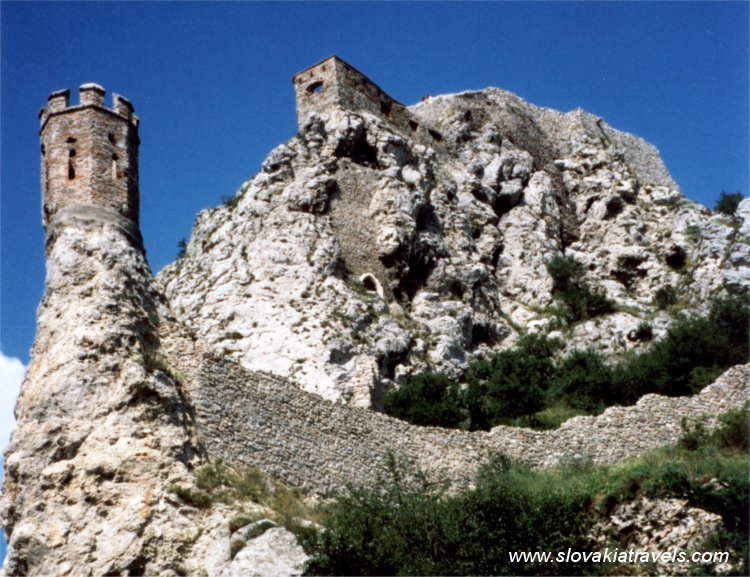 The Devin castle, 13 km distant from Bratislava, is situated on the hill over the confluence of the Morava river with the Danube river. It is one of the ancient castles of Slovakia.

In the historical written ones from the 864 it had the name of the fortress DOWINA, with one remarkable importance from a strategic point of view.

The Devin castle had the task protect is the trades roads them that the country. In the zone of the castle they have been found the foundations of one church of the 9th century (from the period of the Great Moravian Empire) with the three apses and one long nave. The castle has been more times reconstructed, for then being abandoned in the 18th century and being destroyed in 1809 by the Napoleon's soldiers.

November,March:
Mo/Sun 10:00 - 16:00, Entry into the castle area only under appropriate weather conditions. 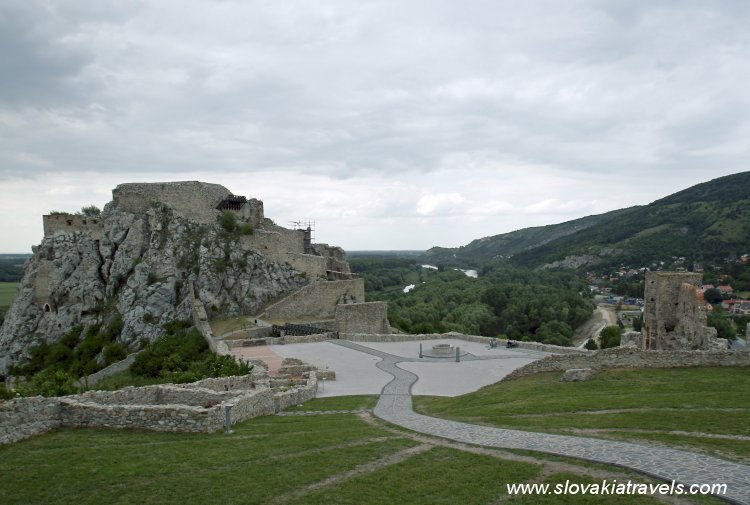 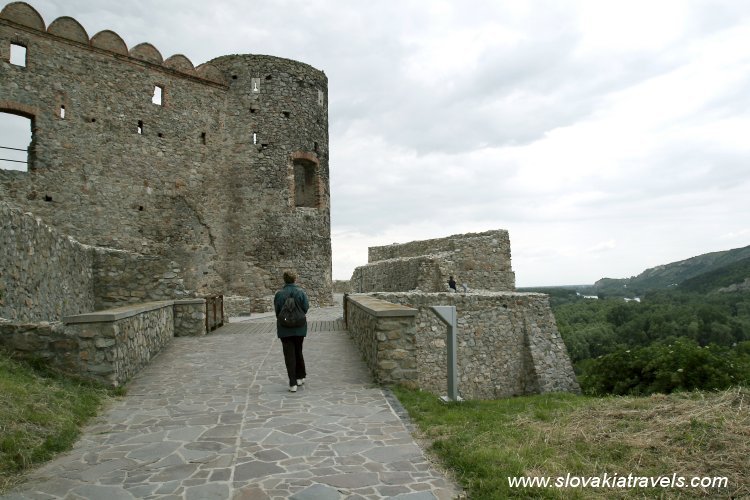 It is the higher hill in the zone of Bratislava (440 m). On the hill is found the television tower with the panoramic bar and in the vicinities the Koliba restaurant offers the Slovak typical cooking. In the winter period there is the possibility to ski. 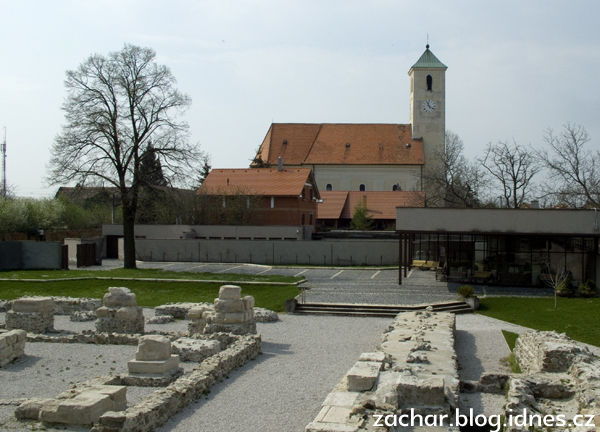 It is a peripheral part of Bratislava, where have been made various archaeological discoveries, that document the presence of one Roman colony called Gerulata and was a part of Roman defence system Limes Romanus. Here is found also the Rusovce chateau from the 2nd half of the 19th century, with a park in English style. Today in the castle are found some artistic collections of the Slovak National Gallery. Rusovce is known also for folkloristic group SLUK. 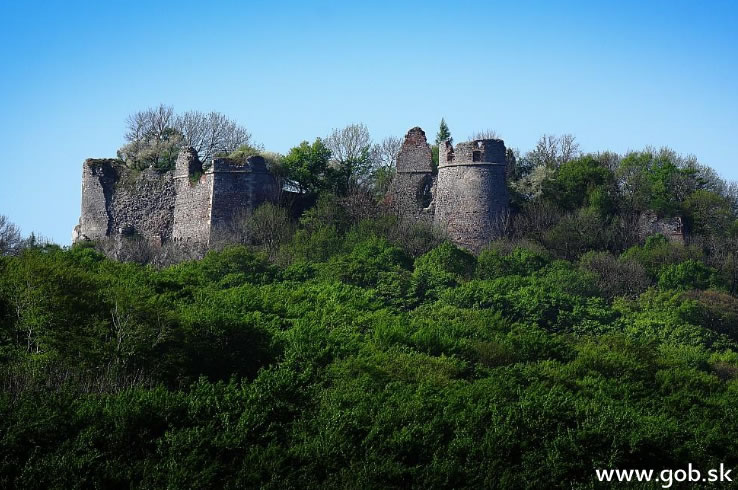 The ruins of the Pajstun castle are found in the forests of the Little Carpathian Mountains, above the small Borinka, 25 km far from Bratislava. The access on foot to the castle takes 45 minutes, with one light climb that leave from Borinka village.

The Pajstun castle was for the first time mentioned in the 13th century and made part of the frontier castles complex. The castle was the seat of estate until the 1810 when Napoleon's soldiers destroyed it. 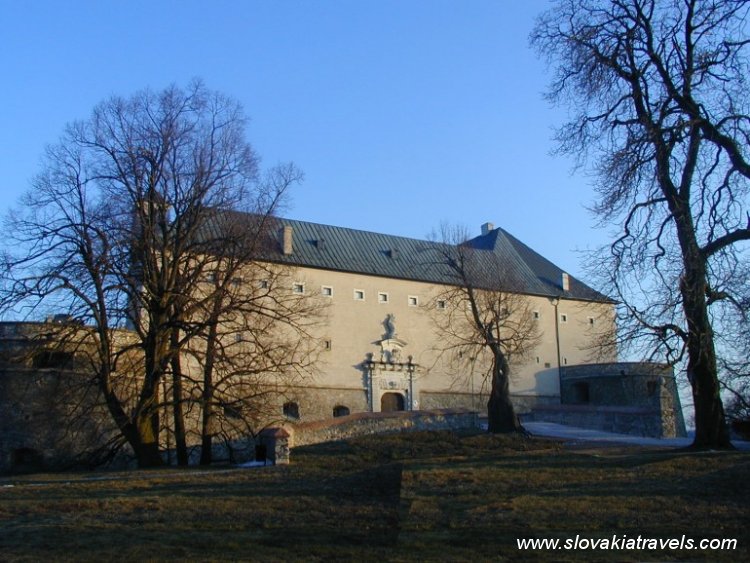 Cerveny Kamen castle is imposing and one of the best preserved castles in Slovakia. The castle mountains is first recorded in writing by the half of the 13th century.

It is found 35 km northeast from Bratislava. The owners Fuggers had it rebuilt into a mighty fortress with a new bulwark system that had belonged to the top of the then military engineering. By the later adjustments, the castle was partially changed to a renaissance and baroque fortified scat. Later partial alterations had changed the castle's design to a Renaissance-Baroque fortified residence. Museum keeps rich collections of historical furniture and a gallery of paintings. 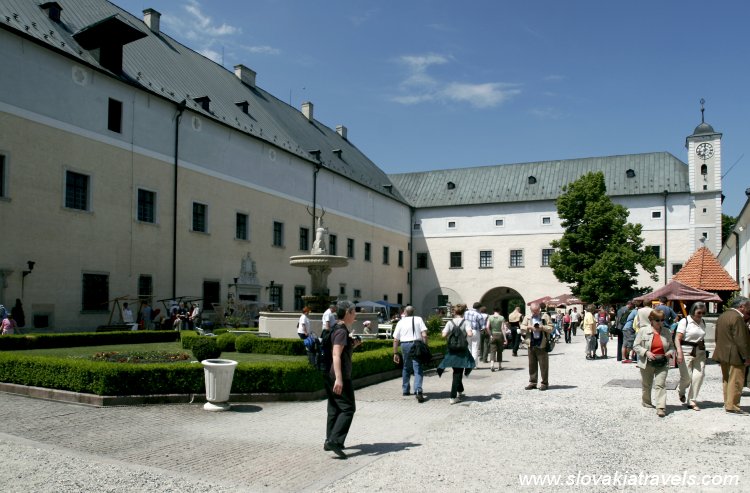 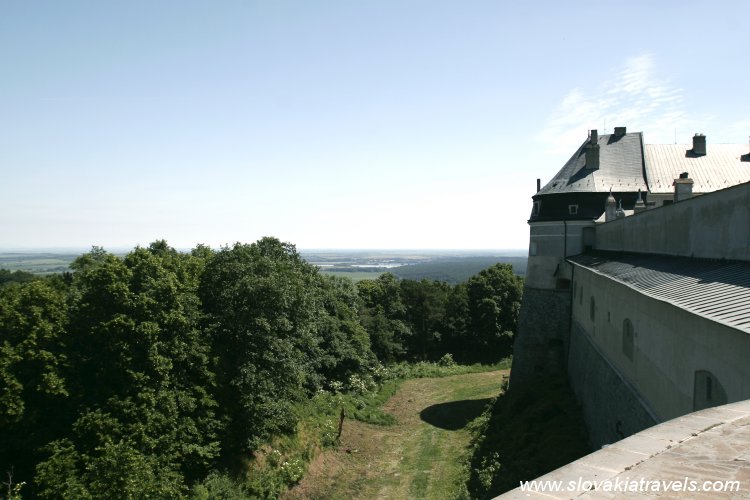 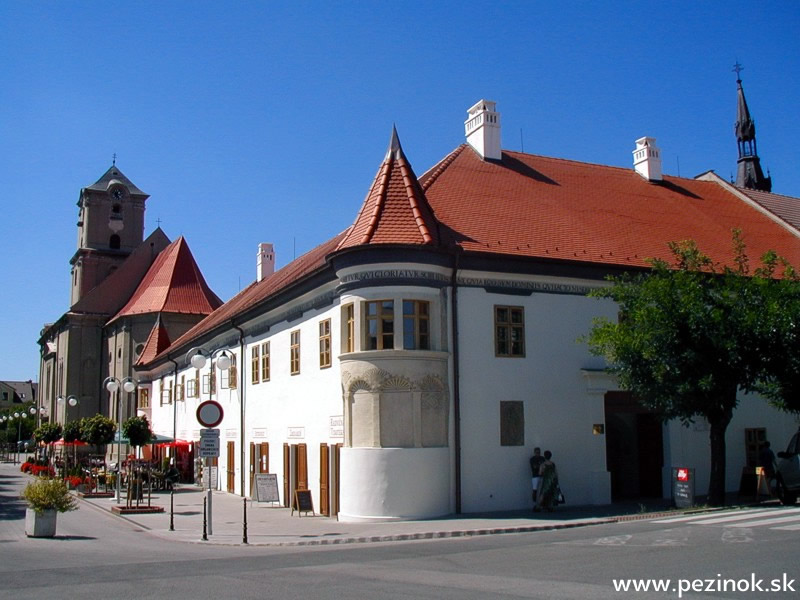 This small city is situated about 18 kilometers from the Slovak capital Bratislava and is one of the most important centers in the wine production of the Small Carpathian Mountains. It has very well conserved the renaissance style buildings from the 17th century. In city there is The Small Carpathian Museum with expositions on wine production and grape cultivation. In the center of the city is found an ancient Castle Cellar. 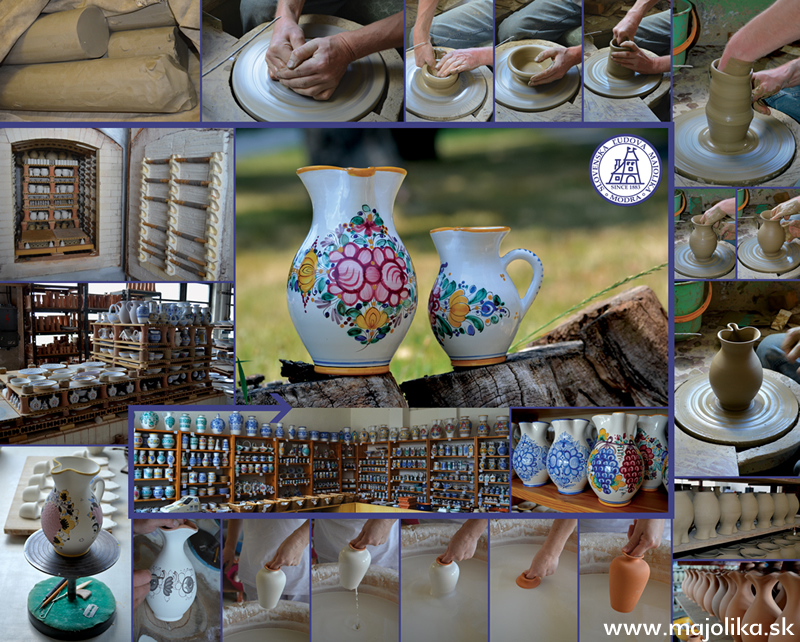 The small village Modra is the most important vinegrowing centres situated 28 km from Bratislava. Modra gained fame mainly by the manufacture of pottery, which has a high reputation worlwide-the well-known Modra Majolica. It's possible to visit here the ceramic workshops, where you can admire the beauty and the creation of the Modra ceramics. 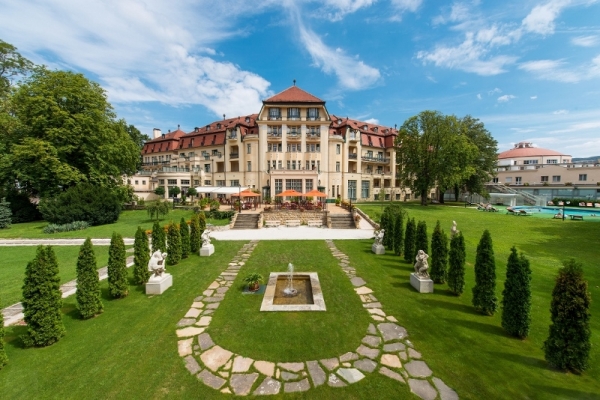 Piestany is one of the most popular and famous spa towns, located 86 km from Bratislava. The spa symbol is the sculpture of a man breaking the crutch. The complex of spa houses, the lodgings and the Spa social life are situated in the beautiful park on the "Spa Island".

Indications: Post-accident and post-operation states of the locomotive apparatus, Rheumatoid arthritis and its variations, Disseminated sclerosis and other de-myelinic diseases in a benign state, ... cured with treatments by the mineral waters temperature ranging from 35°C to 38°C and healing sulphuric mud, the temperature of the applied mud varies from 40°C to 46°C.

Trips: hiking in Povazsky Inovec hills, visit of the Piestany city, tours to Bratislava and to the historical town Trnava

Culture and entertainment: the summer music festival, concerts in the House of the art, the social Center on the Spa Island.