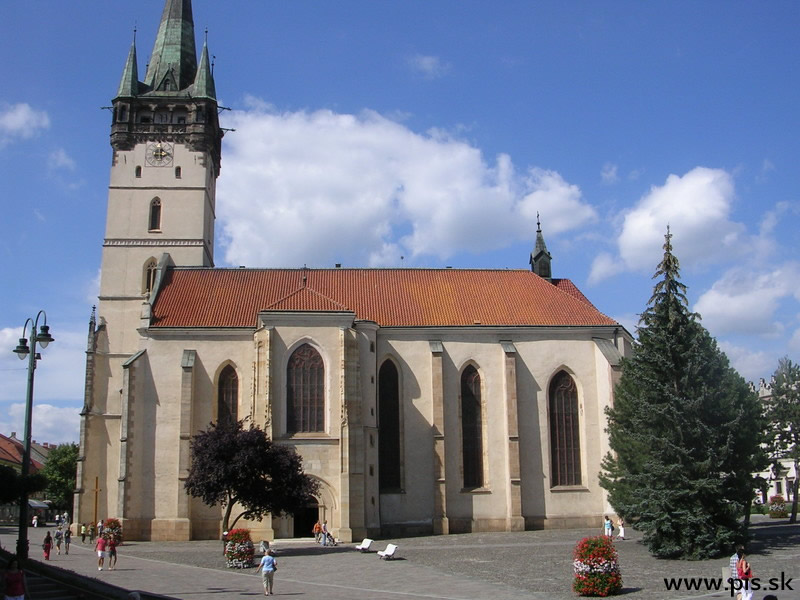 The Gothic church was built in the 14th century as one-nave church. Undergoing reconstruction (the reconstruction is duration 100 years) the new three nave edifice was finished in 1515.
The tower in the Gothic style, high 66 m, dominates the church. The most precious part of the church is the main altar, dates from 1696. This altar is among the most beautiful sacred artistic-historic works in Slovakia. Statues of angels at the top of the altar are from workshop of Master Paul of Levoca. 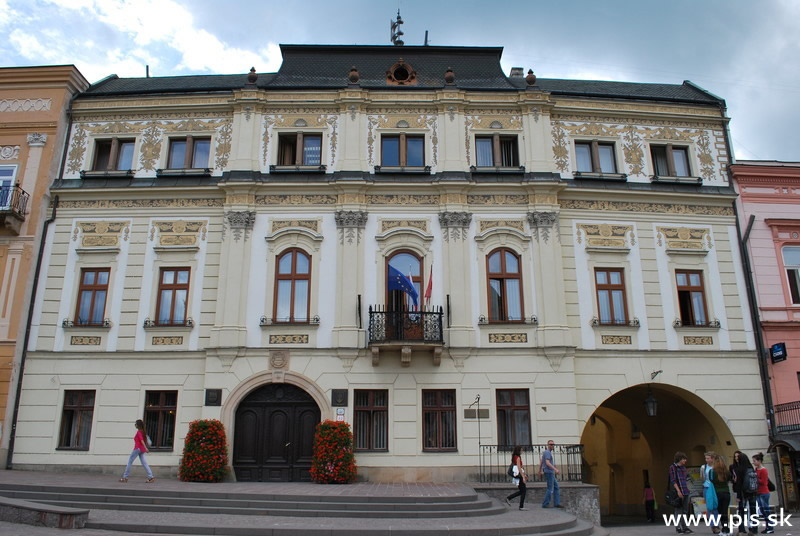 It is one of the ancient monuments in the city. The notices in the accounts registers, that go under the name Pretorium, go back to the years 1497-1502. In origin it was a building to a plan and in 1498 a second storey with three stone windows was erected. In 1502 it was covered with the roof of tiles and newly was painted. In the Middle Ages the building the building of the town hall came used also like place of commerce (kaufhaus). 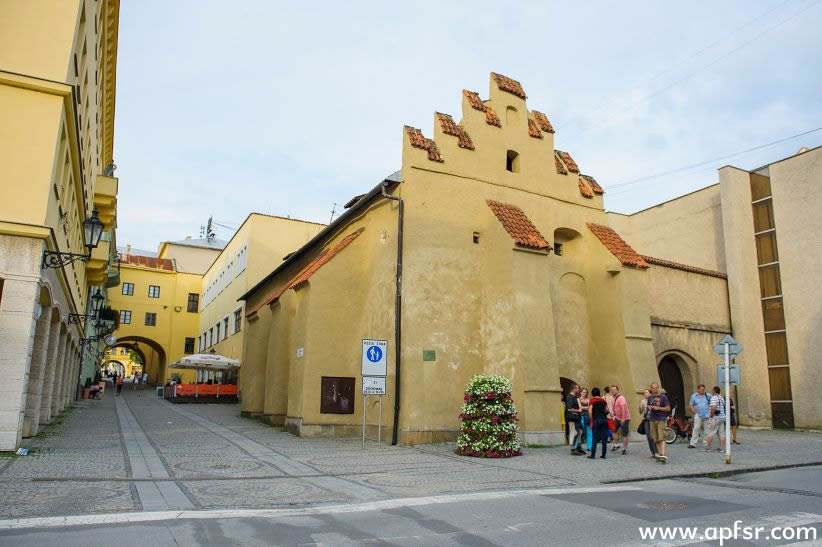 It was constructed in 1504 but never it has not been used like the prison. To the inside the municipal balances and the tools for the measures were situated. The building came used also as a winehouse, a town armoury and a warehouse. 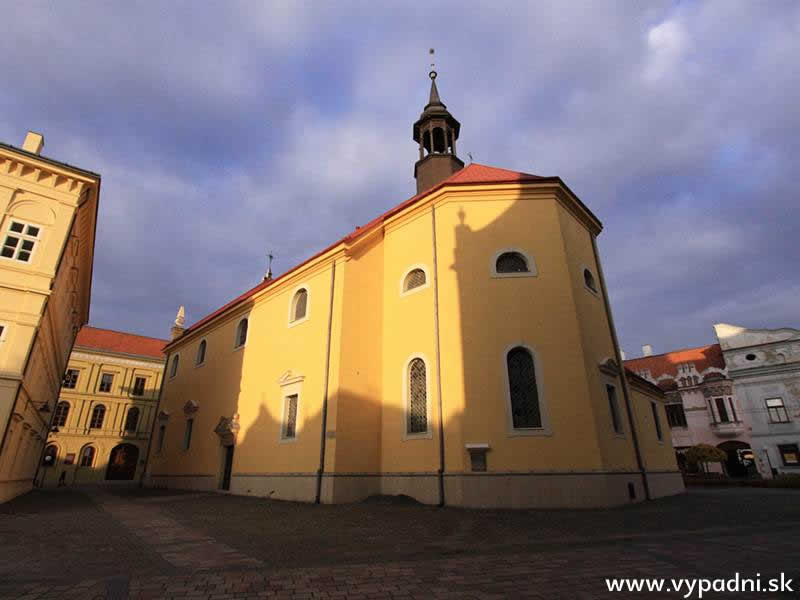 This church is an example of Late-Renaissance architecture constructed between 1637 and 1642 over the ruins of the old church of 1488.

The building of the college was constructed in Late-Renaissance style in 1667. A memorial to the victims of the Presov massacre in 1687 was erected on a corner of the building in 1908.

STATUE OF THE IMMACULATE

Baroque statue of 1738 is situated in the park behind the building of the Evangelical college. 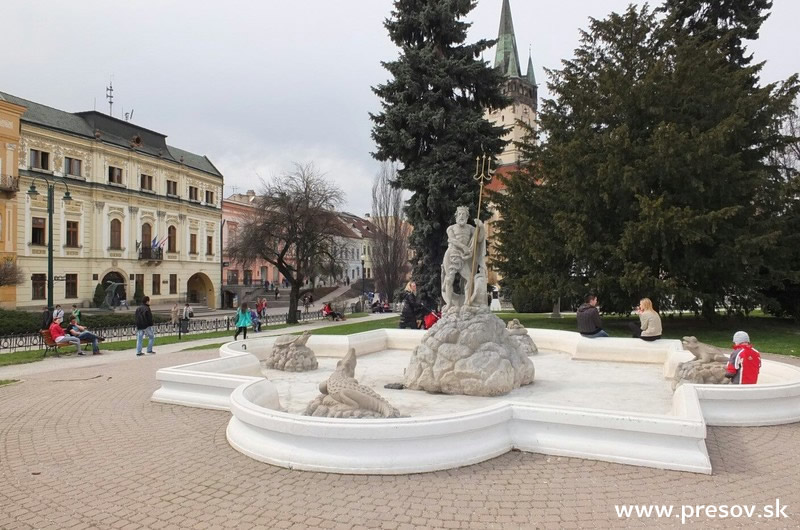 It was built from reservior repaired in 1840 from a family of the Jewish trader like thanks to be establish in the town. The fountain is situated in the park to south of the Evangelica church.


CHURCH OF ST JOHN THE BAPTIST

The Greek-catholic church is situated in the southern part of the historical square and it was buit on the site of a small hospital church of the Carmelite order. In 1881 the church was promoted to a cathedral. To the inside it is situated a very precious and rich decorated iconostasis. The cathedral consists of the bishop's palace built between 1753 and 1754. Under the church is sitauted an crypts where they are buried the Greek-catholic bishops. 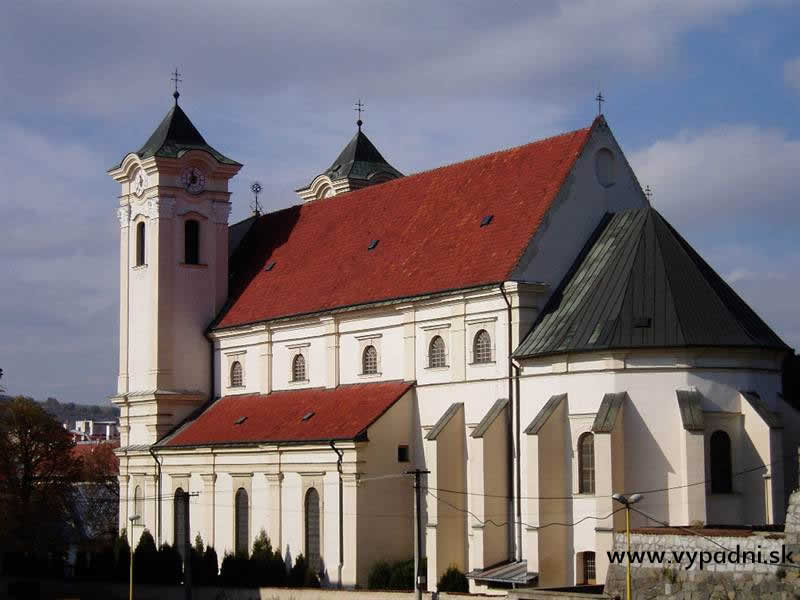 Its construction was begun from the Carmelite order in 1380. In 1660 it was rebuilded in Baroque style from the Franciscans order and designed according to the model of the Jesuits churches with lateral chapels and two towers typical for these churches.
The contemporary aspect of the church dated from 1709 and 1718 after its reconstruction. In front the church is placed the statue of St. Rochus in baroque style of 1730. 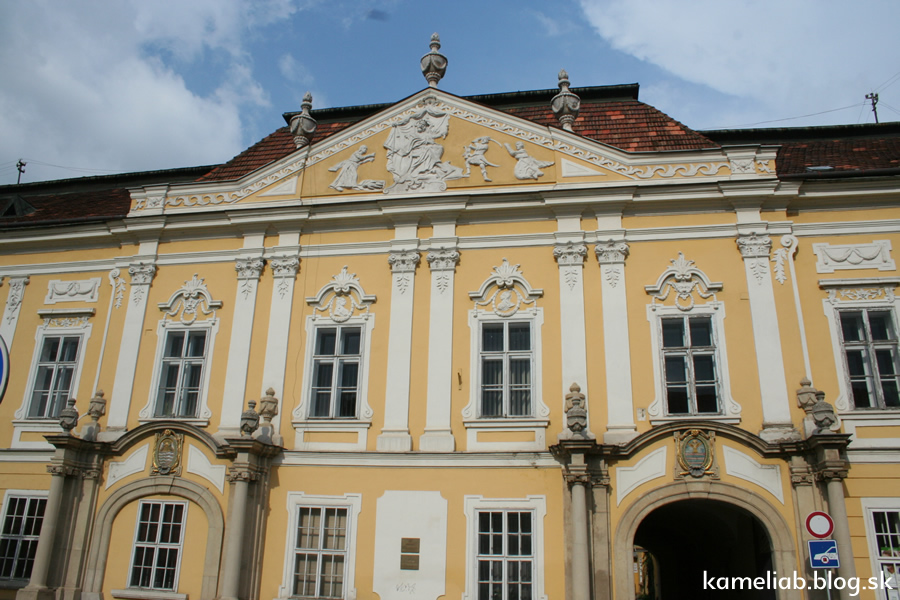 It was built between 1769 and 1770 on the foundation of the old houses as a residential palace and as a representation of the Saris province. The building of the District house it came used also for administrative purposes. 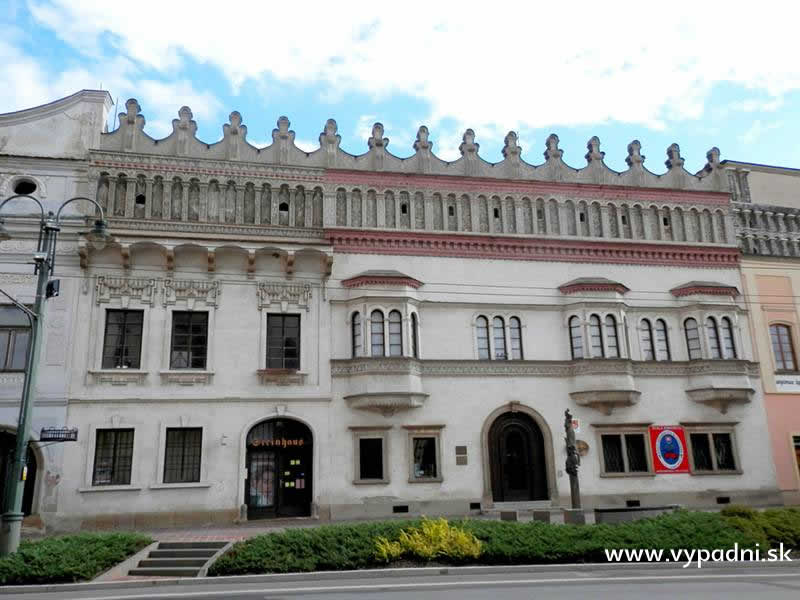 (Hlavná n. 53) The house is located in the middle of the eastern side of the square and it is one of the most attractive palaces in Renaissance style of the town. Today it is the seat of the Regional museum. 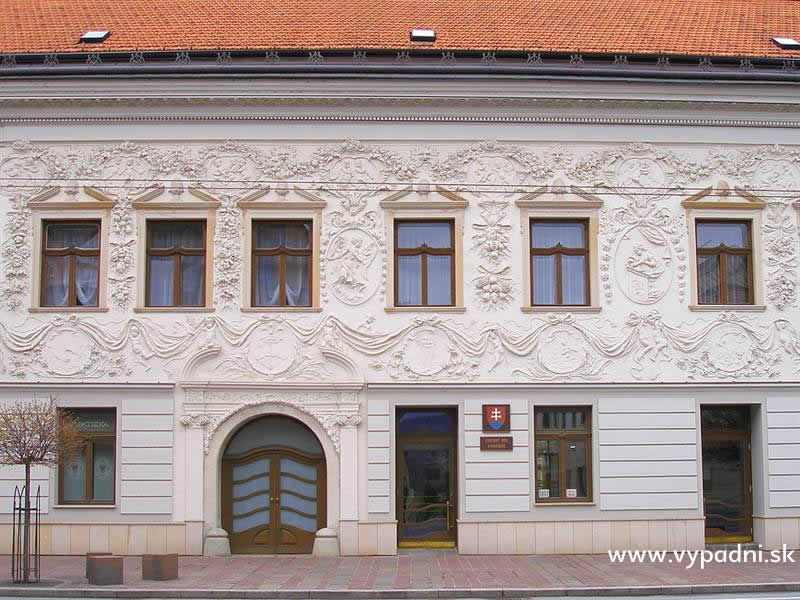 (Hlavná n. 22) it is one of the most beautiful palaces in Baroque style of the town.
It was built in 1756 and its facade was decorated with the stucco in baroque style.

CHURCH OF THE HOLY CROSS 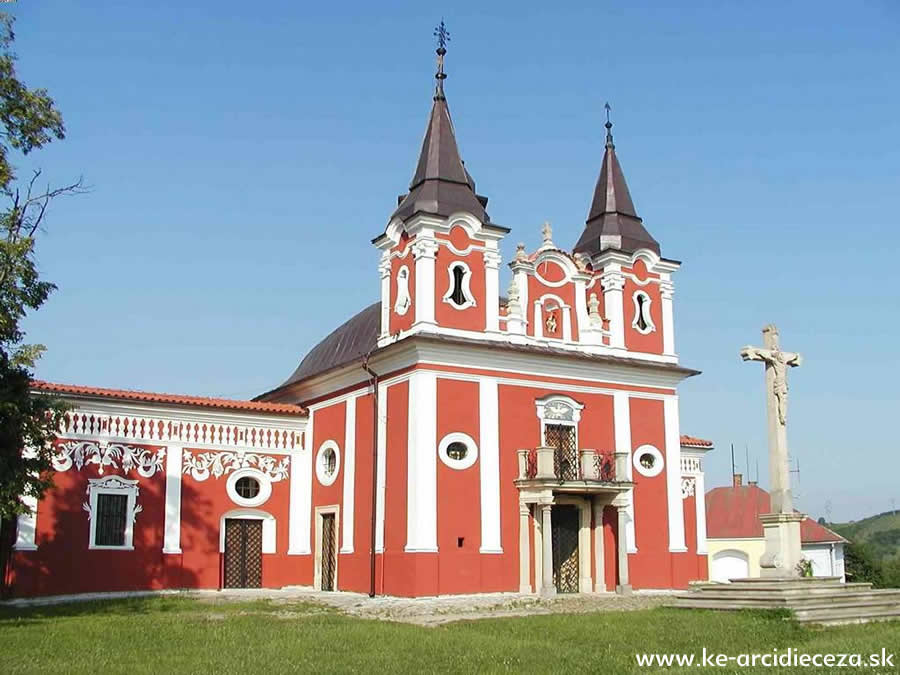 It makes part of the baroque complex of the Calvary situated on the hill constructed between 1721 and 1752.
The interior of the church has very precious wall paintings from the first part of the 18th the century. The complex consists also the Neo-Gothic chapel and 12 individual chapels of the Stations of the Cross.