The town of Bardejov is situated in the north of eastern Slovakia. The news written more ancient of the town dates back to 1241. At the turn of the 13th and 14th centuries, the town attracted the attention of Hungarians sovereign of the family Anjou, for its strategic position on the commercial road for the Poland and the Russia.

In the 1320 king Charles Robert of Anjou granted to colonists from Silesia extensive rights, which speeded up the process of transformation of the chartered village Bardejov into a town. In 1352 the town obtained the right to hold the 8-day fair and the guarantee of freedom for all who took part in it. In 1365 Bardejov obtained the right of capital punishment and in 1376 King Louis I. promoted it to the status of free royal town. The town was supported but also financial exploited from the King Zigmund of Luxembourg and King Matthias Corvinus. 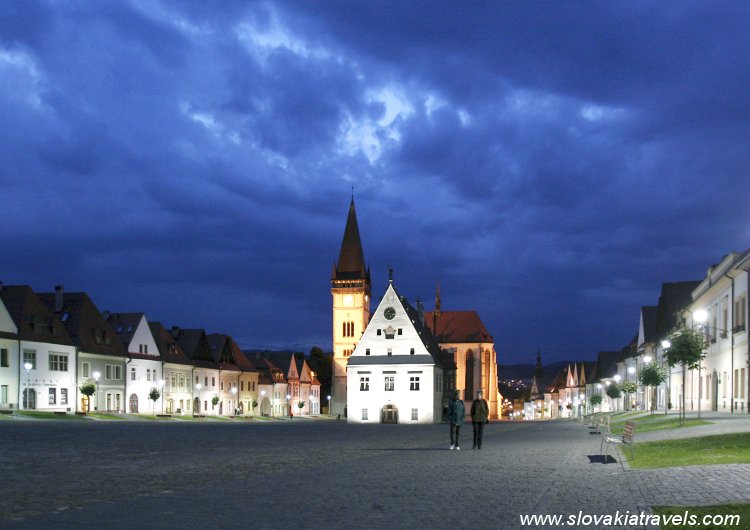 The 15th century meant for Bardejov the apex of its prides and of its riches. The majority of the inhabitants is taken care of commerce and of craftsmanship, and already in 1437 had been recorded in town quite 64 different professions. The great economical prosperity of the town influences also the development of a new architecture in town. Close to the parish church of St. Egidius were built bourgeois buildings with high and sloping roofs. Between 1505-1511 was built the gothic-renaissance town hall and the town fortifications system was completed. In the 16th XVI century it had been a great development of science, of the culture and the art, centralized in the humanist municipal school of Bardejov. The city became therefore the important center of the education in the northeast Hungary.

In the successive centuries, like result of the numerous wars and of natural catastrophes, the decline of the town deepened and therefore Bardejov became a small town of province. In 1950 it was declared a protected city core and an intensive restoration of the cultural heritage was begun. It was for the preservation of its heritage that in 1986 Bardejov was awarded the European prize - Gold Medal by the International Board of Trustees in Hamburg. Bardejov became the holder of this award as the first town in the Czechoslovakia.

In the 30.11.2000 Bardejov was enlisted into UNESCO World Heritage List. The most protected monuments are in the first place the town fortifications and the small Jewish quarter.