The Gombasecka cave is situated on the western foothill of the Silicka Plateau between Roznava and Plesivec. It was discovered in 1951 and in 1955 was open to the public for a length of 285 m. Since 1968, it was introduced for speleotherapeutical procedures for 10 years, as the first of the caves in Slovakia. On 6th December 1995 the Gombasecka cave, together with the Ochtinska Aragonit Cave, the Jasovska cave, the Domica Cave and with Hungarian caves of the national park Aggtelek, has been included in the World's cultural heritage list of UNESCO.

The visit of the cave is lead in the underground rooms with their feature. The attention of the visitor in the cave is attracted by the Marble Hall for its spacious and its coluorful decorations. The climate of the cave with relevant humidity of almost 100% and with the air temperature of 9,0 - 9,4 °C is excellent to treat the illnesses of respiratory tract. In the underground hall called Hirosima because of the column that resembles to an atomic mushroom are different formations of stalactites and thin sinter straws of different colors.

In the Hall of Ladislav Hereny, called so in honor to one of the discoverers of the cave are situated the formations of stalactites with rich decorations, they are looking an impression of stoned rain on the brown red structure of limestone's walls. In the Hall of Viliam Rozloznik the accessible part of cave to the public ends. The underground space of the cave continuous other 1225 m long, with not practicable passages. 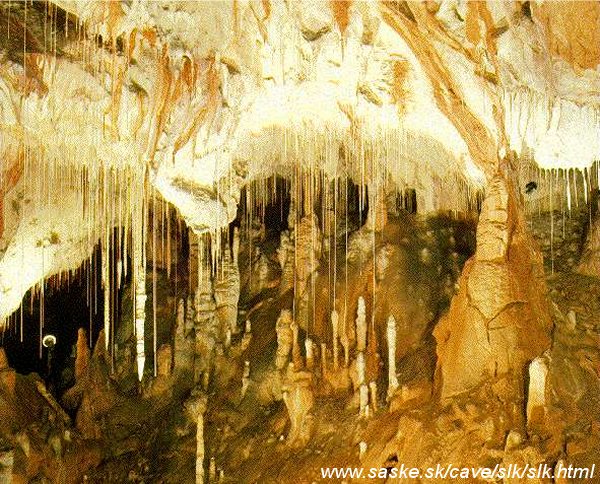 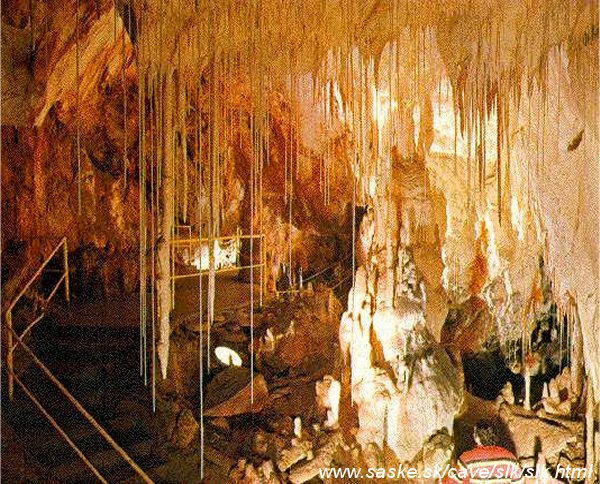