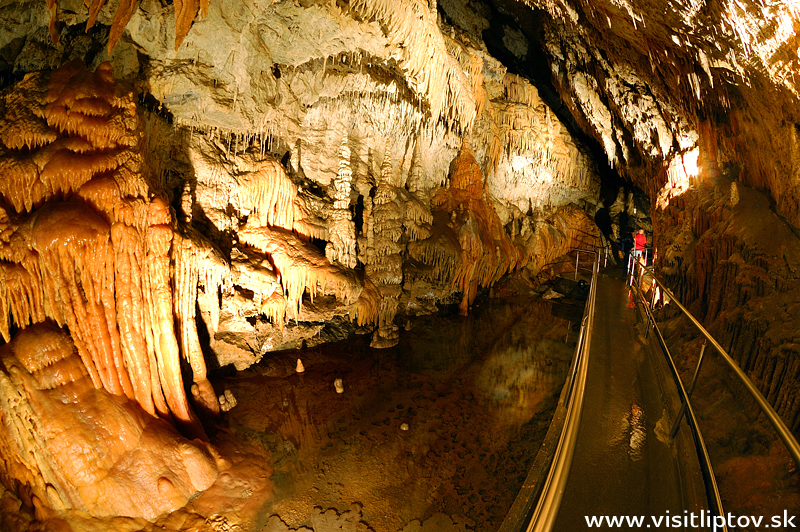 It is the cave with stalactites and does part of the longest slovak system of the caves, known as the Demanova caves. The length of the undergrounds of the this caves system reaches the 24 km and include 9 caves, of which are accessible only two - the Demanova Ice Cave and the Demanova Cave of Liberty.

This long natural system of cavity is situated in the National Nature Reserve Demanovska Valley, in the territory of the Low Tatras National Park, 12 km from the town of Liptovsky Mikulas. It was formed by the river Demanovka.

The cave of Liberty was discovered on 3 August 1921 by the moravian teacher Alois Kral with the help of Adam Misura. A part of the cave was accessible to the public in 1924, but is only from 1933 that the cave has the present appearance. To its inside there are two possible itineraries: the classic itinerary with the length of 1800 m and the exclusive itinerary 300 m longer. During the guided tour the visitors surpass 976 steps. The cave temperature during all of the year is of about 7°C and the humidity is from 92% until 98%. To value of the cave age is about the million of years.

The entrance of the cave is situated, 870 m above sea level, accessible for the visitors to pass trough the winding foothpath with a slight ascent. The first steps of the visitors lead inside the cave to the underground room called the Deep House, where lies a very attractive formation called "eternal rain". The lowest point of the cave is Razcestie (Crossroads), is situated 804 m above sea level and where the three underground corridors meet themselves. The attention is attracted also by the largest underground space accessible in Slovakia, called the Large House with a height 65 m and a total length of 112 m. 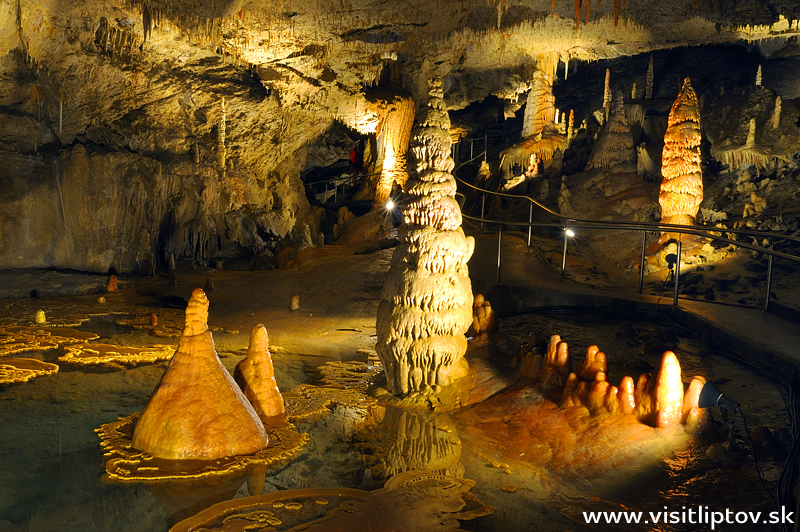 The "natural masterpiece" of the cave is the Janacek House, that took the name from the moravian composer Leos Janacek - personal friend of the discoverer of the cave. The composer visited the cave and was inspired by the underground spaces and by the sounds of the dripped water inside the cave and more late composed the musical comic opera (Vsudybyl). The formation like the Stone Chandelier dominates in the Janacek House, there is also the White Pool and the most attractive Column resembles to a construction in gothic style, the column age is about 250 000 years.

Besides the spacious underground halls in the cave are situated the narrow and wide corridors than unite themselves, like for example the Corridor of the Suffering, whose inferior part was dug by hand for two years, resulted of a laborious work of the speleologist group. Today in this it part we can see the landscape of a white color stalactites with the most attractive pool of the cave, deep 2 m. The legend says that, if a woman does bath in the midnight of the St. John’s day, will look younger of ten years. 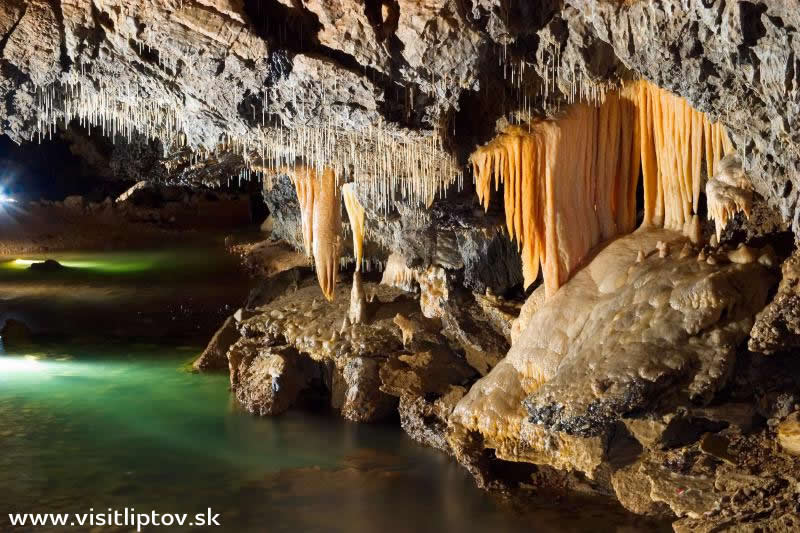 Immediately after the charming pool is situated the Snow House and the last stop in the cave leads the visitors to the Cemetery of the cave, that consists a series of "dead" stalagmites that resemble to the tombstones.

The Demanova cave of Liberty is distinguished for its stalactites of the attractive colours and formations. In the rocky waterfalls the colours are alternate with the white, yellow, orange, black colour and their shades create in this manner an harmonic results.