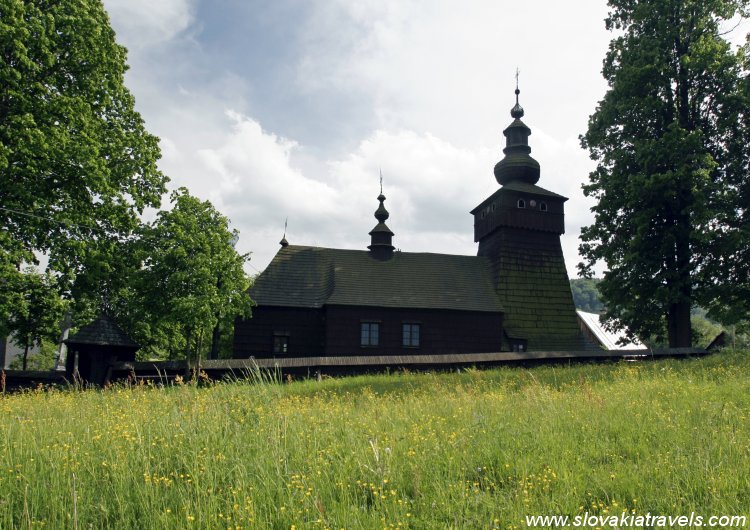 In Slovakia there are a lot of cultural and historical monuments. Among them there are the jewels of the popular and sacred architecture: the wooden churches.

Their construction and the insides are a rarity in the centre Europe and at the same time they are cultural monuments protected by the state. According to historical documents there are about 300 wooden churches in Slovakia, but until today about 50 churches Greek-catholic and Orthodox have been preserved. Among the Protestant churches 5 has been preserved built according rigid rules of this architecture.

The wooden churches were built only with wooden material without making use of nails, that symbolized Christ's crucifixion. The principle of construction of the wooden churches (all built with log buildings of wood superimposed) was the division in three parts: the part of entrance (babinec), the central nave and the part of altar. The most precious objects inside the churches of this kind are the icons decorated with paintings representing the eastern rite and fixed inside the iconostasis, that divide the nave of the church from the part of altar.