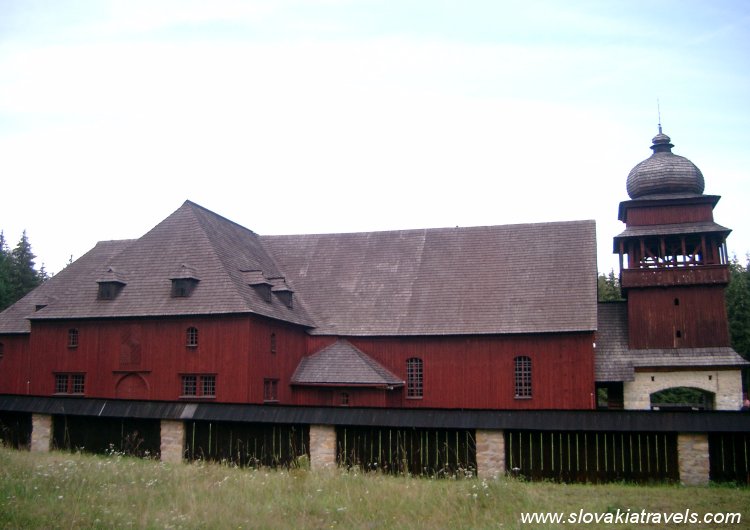 The Wooden "articulated" evangelical church in Svaty Kriz belongs to one of the largest wooden buildings in Central Europe.
History of the church revealed to us the history of the Evangelical Lutheran Church in the region of Liptov. At the beginning of the 16th century, the reformist ideas will spread very quickly and Protestantism reached its peak in 1610. In the second half of the 17th century in the Austria-Hungarian Empire has reinforced the absolutist regime and this has led to repression of evangelical Protestantism.

During this cruel oppression, in 1678, began Kuruc uprising against the emperor. Rebel successes, as well as fear of the Turks forced the King Leopold I. to make concessions. In 1681 parliament convened in Sopron, which enacted 82 Articles. According to the article no. 26 has been granted the construction of the Protestant churches in Hungary. Churches had to stand on the outskirts of the village. According to this article, the churches were to be located on the outskirts of town. For their construction was to be used only wood and no other material. The churches could not have towers, bells and the revenue could not be turned towards the city.

The Svaty Kriz church was originally built in 1693 in the village of Paludza. The restructuring to its current appearance form in 1774 by master carpenter care of Joseph Lang. Although he did not know how to read or write the construction was completed in the same year. In connection with the construction of Water Works in the years 1974 to 1982 was dismantled and rebuilt in its original form in the village of Svaty Kriz. 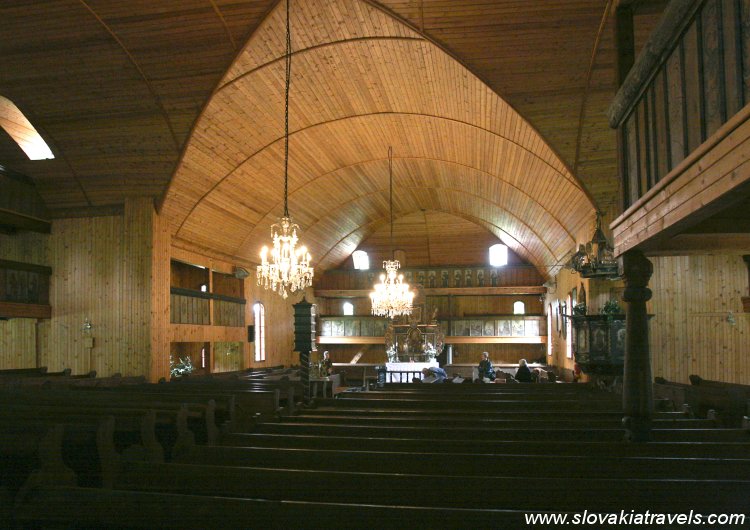 The plan of the church with a length of 43 m has the form of the cross and has the capacity to about 6,000 visitors. The church has 12 doors and 72 windows, the inside enchants everyone with its baroque interior. Inside is a rare wooden Baroque altar from 1693 and also an interesting pulpit. The altar and pulpit were created by sculptor J. Lerch of Kezmarok. The church organ is the work of J. Podmanický from Banská Štiavnica and was made in 1760. The chandelier was made in 1780 by the Venetian glass.

Apart from the church, the independent wooden tower that served as bell tower is a harmonious complex. The tower was built in 1781 after the publication of the Edict of tolerance by the Emperor Joseph II. It is 19 meters high. Current bells are from the years 1921 to 1922 and is called Faith, Hope and Charity.

The "articulated" wooden church was declared on 23 march 1963 a cultural monument. 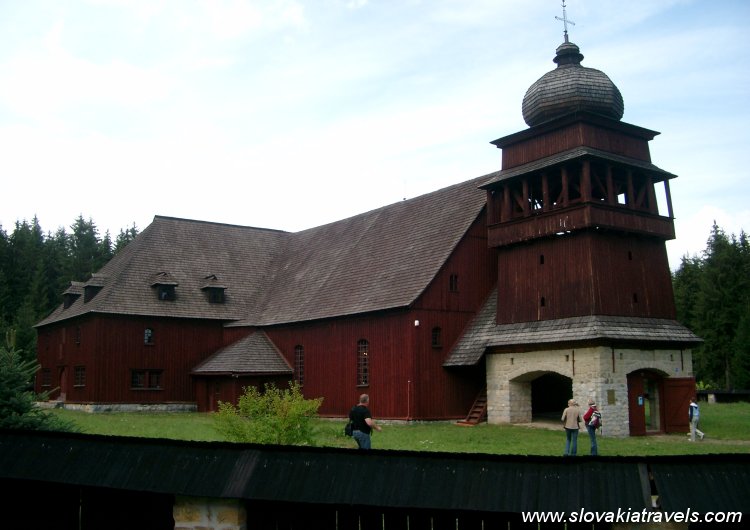 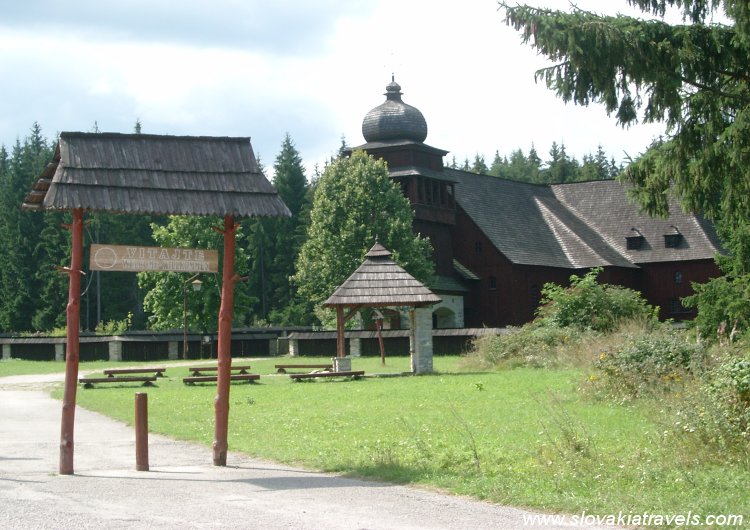