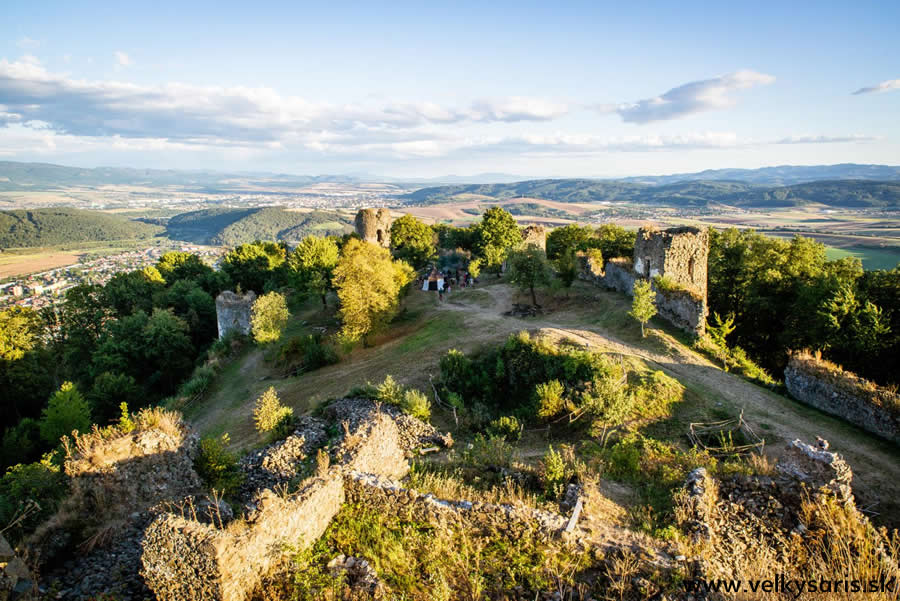 The Saris castle was built in the half of the 13th century. Today they are remained only the ruins after the fortuitous explosion in the second part of the 17th century. After then it is not more restored. The tower high 28 m and the palace with the room of the knights dominated the castle.

The Saris castle, to its times, was one of the largest and most important of Slovak castles and was the center of the Saris district. The hill with the castle was declared a Nature Reserve. The well marked path that leaves from the country Velky Saris carries the visitors up to the castle.