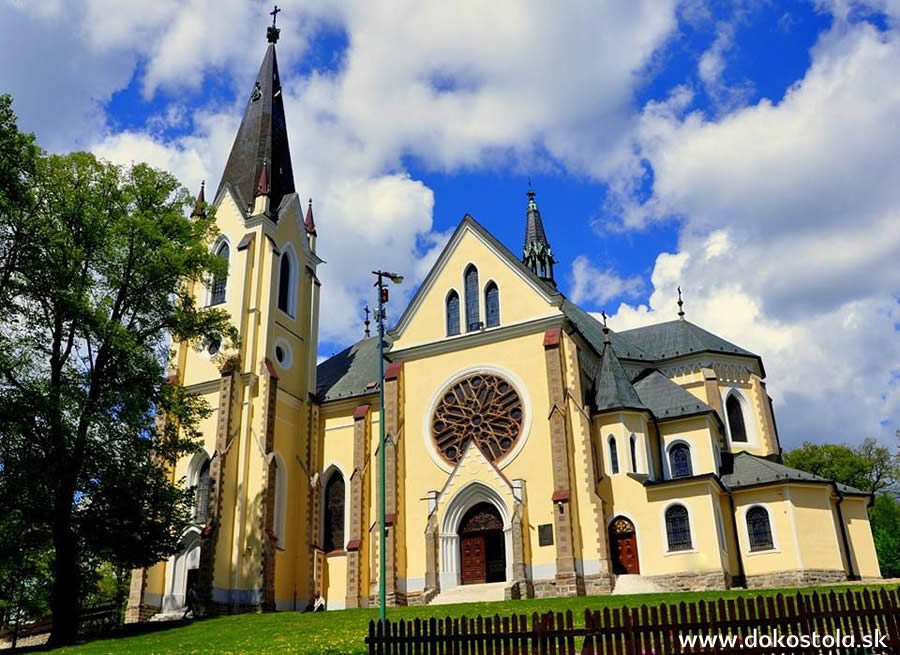 It is one of the oldest and most important pilgrimage places in Slovakia. In 1955 the Pope John Paul II visited the place during his stay in Slovakia. On the steep hill it is situated the church of the Virgin Mary built in gothic style. The church was promoted to Basilica Minor in 1984. 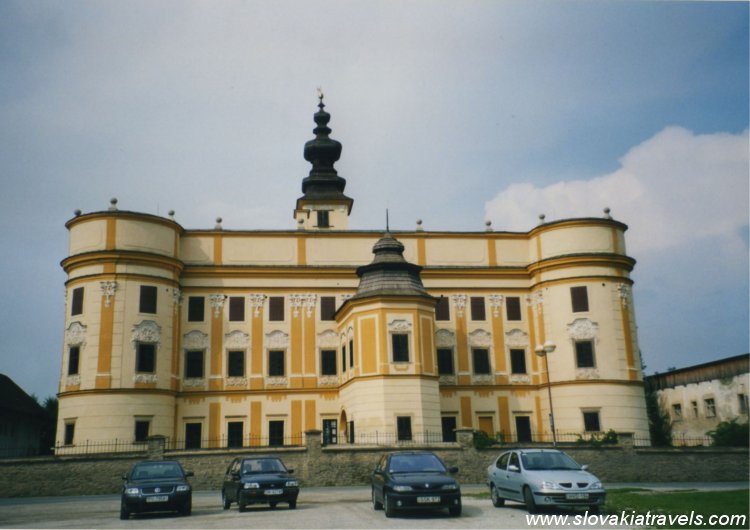 Over the country it dominates the church of St. Micheal in first-gothic style of the 13th century. Nearby, there are preserved remains of a castle from 13th century, too, but they are not open to the public now. In the village is situated the Renessaince manor house of 1643 built Frantisek Mariassy and reconstructed between the 1773 and 1775 in rococo style. Inside it is an exposition of historic furniture. The manour house is encircled by the beautiful French park with a summer house called "Dardanelles" constructed between 1775 and 1778. Today inside the summer house it is an exposure of the musical instruments and the concerts of classic music are carried out. 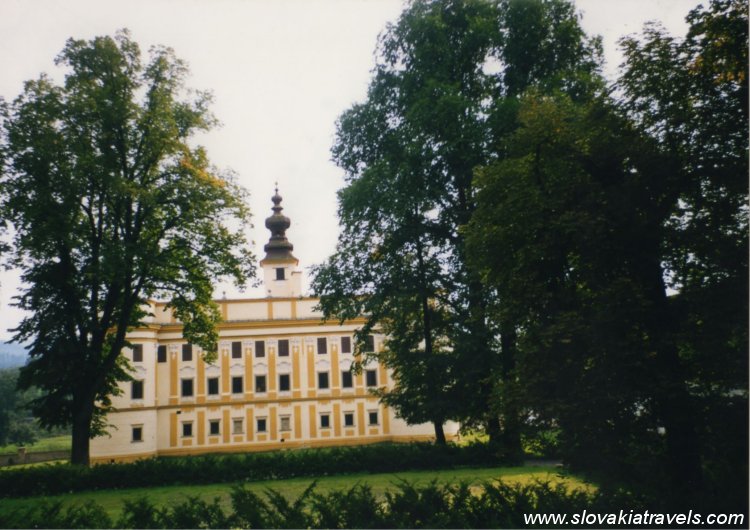 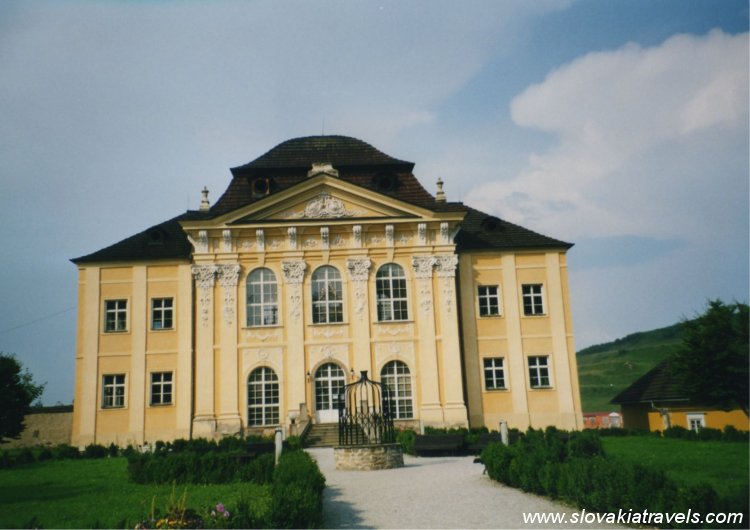 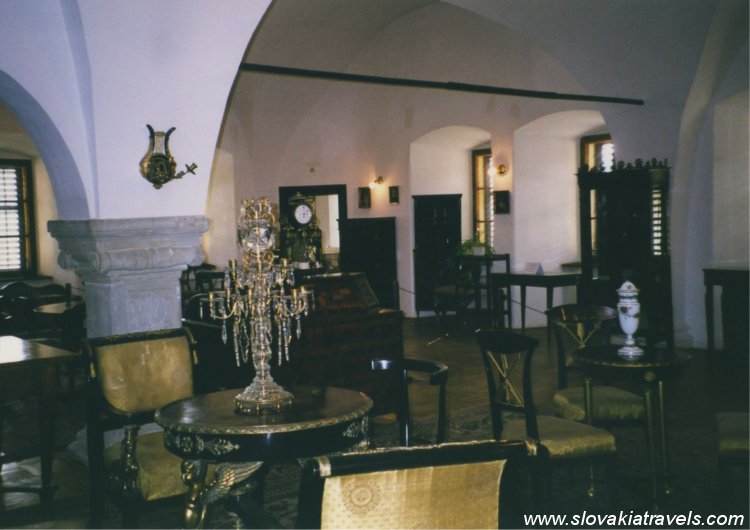 The first written record of the village dates back to 1263, in an historical document that is indicated like a place of the royal falcon breeders. In the village it is situated a gothic stone bridge of the 15th century and an early gothic church from the 13th century that it dominates the country. In the church, there are several wall paintings from the late 13-th and the middle of the 15-th century. 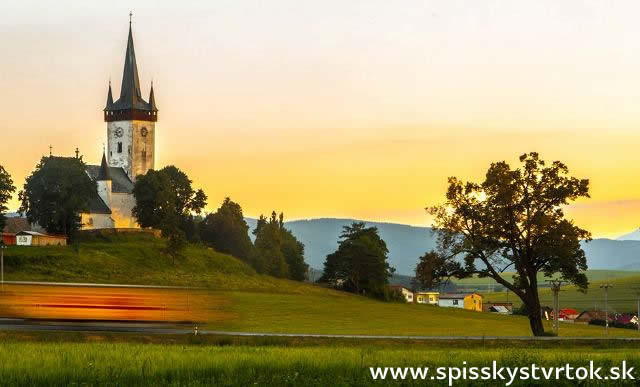 The first written reference to the village is from the year 1263 and its name derive from the markets, which used to take place on Thursdays (thursday in Slovak means stvrtok). In the country is situated the St. Ladislav's church with one nave, built in gothic style in 1404. In 1473 the chapel of the Zapolsky family is attached to the church. Its architecture belongs to the masterpieces of Slovak Gothic. 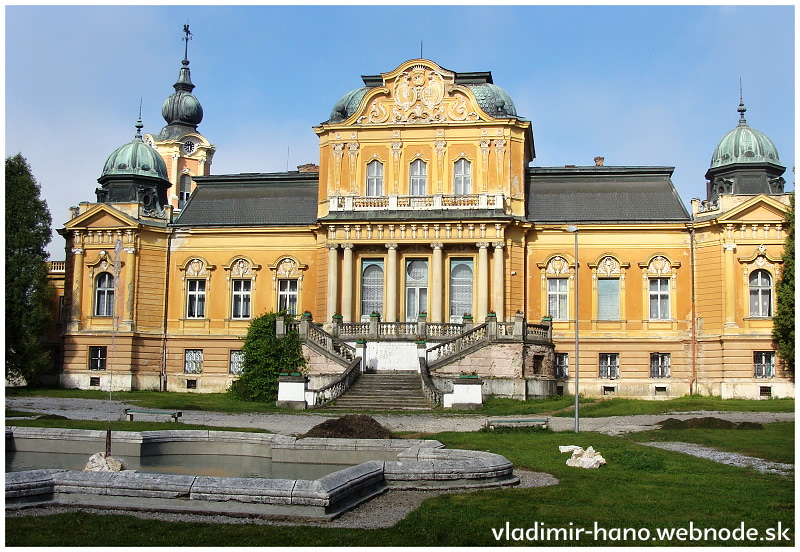 The first written record of the village dates back to 1278. In the village are situated the arched bridge in stone of the first part of 19th century and the Gothic church built in the 15th century. The tower of the church was restored in 1708 in renaissance style and ended with the attic. In the country is also situated the Neo-Baroque manor house, built between 1893 and 1895 with one evocative facade and one external very elegant staircase, in front of the entrance. 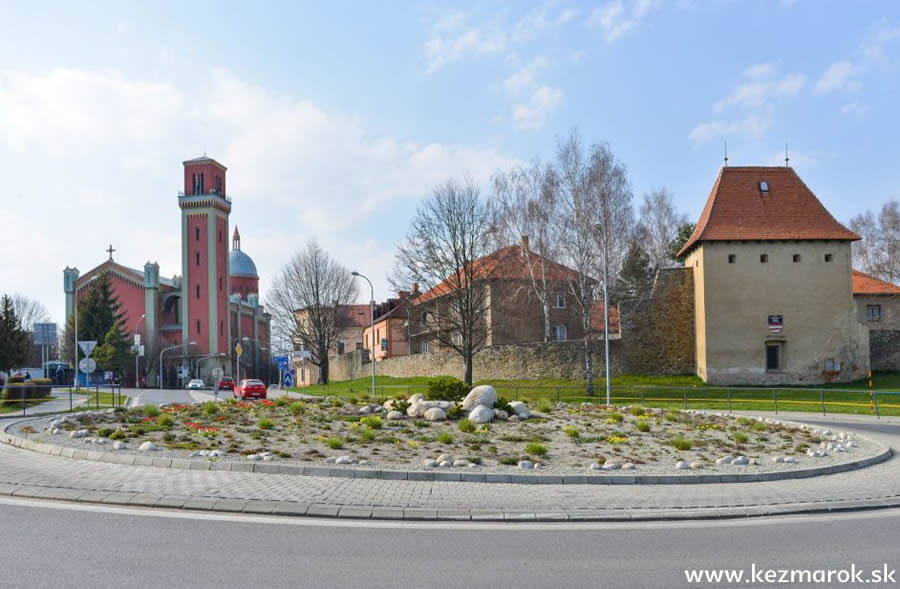 The archaeological discoveries testify that the territory of the town were settled already in the New Stone Age. The first written record of the town dates to 1269, when the king Bela IV gave to Kezmarok the town rights and later rights of a free royal town. The historical nucleus was declared an Urban Preservation Area in 1950.

The important monuments of the town are: 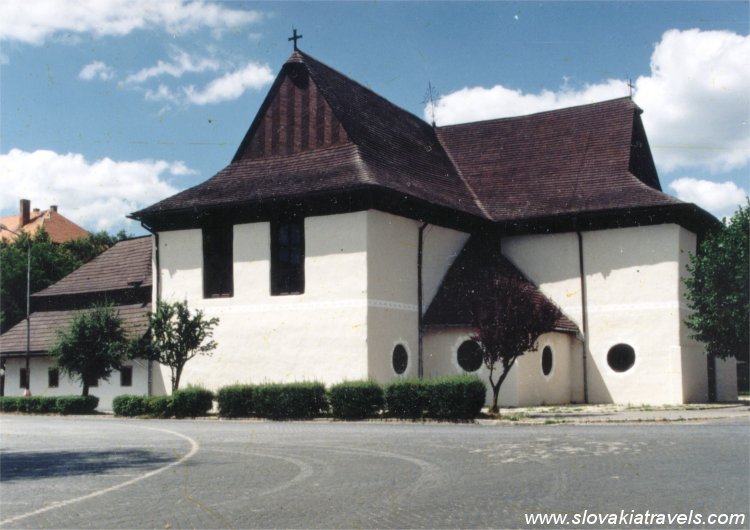 The Wooden articular church - it was built in 1717 with the floor plan of a Greek cross without use of iron nails in baroque style. Inside, the church is like a Baroque jewel box, carved from wood and scented like a cedar closet. The roof is a continuous mural, painted sky blue with billowy white clouds and pink angels. It is one of the most evocative churches in Slovakia.
The Town hall - was originally built in the gothic style in 1461. In 1541 - 1555 it was rebuilt in the renaissance style, in 1641 the tower was erected. After a fire in 1779 another - this time classicist reconstruction took place.
The Holy Cross Basilica - it was built in first part of the 13th century and in years 1444-1498 it was rebuilt in gothic style. The inner equipment of the church was originally much richer than it is today - the amount of 11 original gothic altars has slowly decreased to 5 in 1803. In 1868-70 the church was recnonstructed and new neo - gothic altars were assembled from older parts - statues, crosses and paintings. In 1998 the Holy Cross Church was given the status Basilica minor.
The New Evangelical church - it was constructed between the 1872 and 1894. It is the red-green color church built in Eclectic style with bizantine, Romanesque and renaissance elements. The church consists of a bell tower high 65 m. In the church there is also the tomb of Imrich Thököly, the leader of anti-Hasburg uprising. 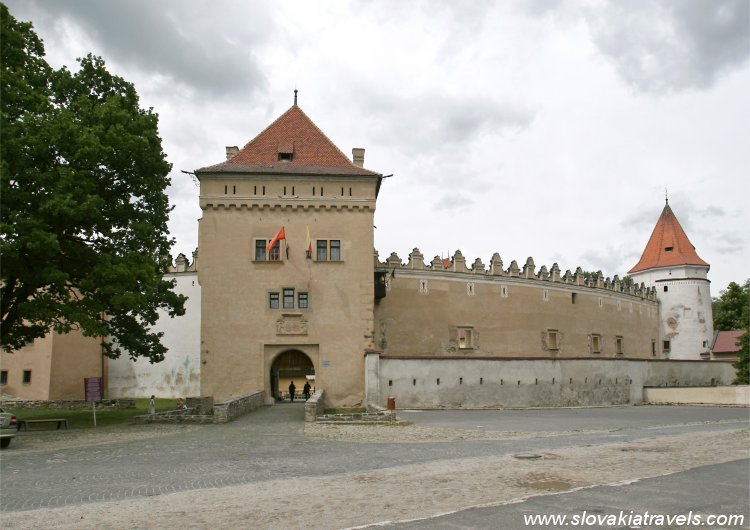 The Kezmarok Castle - the castle whitewashed to lime was built around 1462 and more late surrounded by the wall of the renaissance fortifications decorated with delicate battlements. Between 1657 and 1658 were constructed the chapel. The Kezmarok castle belonged in the period of 1679 to the Thököly family, which made to reconstruct the castle like summer residence. In the 1702 castle it was bought from the city. Today the castle houses the section of the Museum of Kezmarok dedicated to archaeology, the local history and the historical furnishings.
The town walls - they come from the half of 14th century and consist of two walls, in that period between two walls it was built a water's moat. Of the original walls it has saved a gothic bastion.

National park of the Slovak Paradise

The territory of the Slovak Paradise is rich in natural beauties. In this national park there are narrow canyons, waterfalls, beautiful caves, gorges, paths. The rugged canyons could are passable thanks to ladders and chains that have been installed to carry hikers along dizzying heights over cascades and boulder-sterwn stream beds. The Hornad river during thousands of years created here the canyon called Prielom Hornadu, 7 km long, where it is possible to do rafting.

The most famous cave of the Slovak Paradise is the Dobsinska Ice Cave (Dobsinska ladova jaskyna) that it is icluded in the natural patrimony of the Unesco. The tourist paths carry the visitors of the national park to admire the attractive panorama of the rocky formations. Between the most beautiful sights there are the Tomasovsky view (Tomasovsky vyhlad) and the Needle (Ihla). In addition to natural beauty, the National Park of Slovak Paradise is rich in flora and fauna..