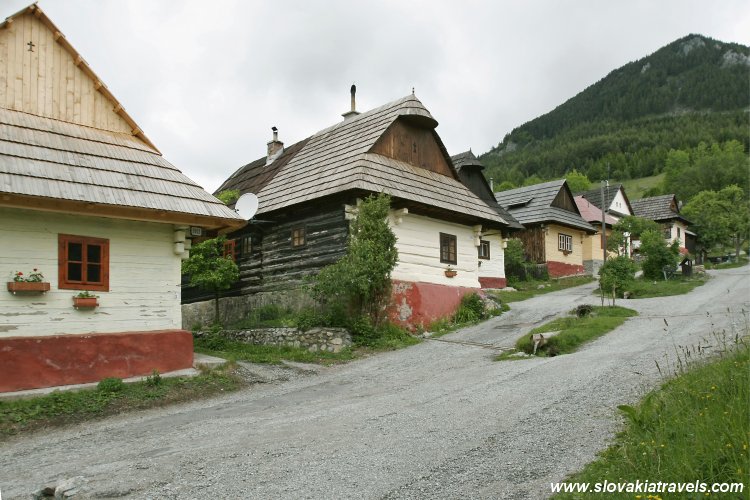 This picturesque village is situated near the town of Ruzomberok, 718 m above sea level. Vlkolinec is known for its wooden architecture well preserved, there are 40 wooden houses from 15th to 19th century, which from the outside look exactly alike.
The first news written about village goes back to 1376. In the 18th century lived here the highest number of inhabitants (280), today live here about 20 persons. Vlkolinec was in 1944 marked by the war and a part of the village was burnt.
In the village it is situated the wooden Bell Tower of 1770 that dominates this peculiar village. Beyond the Bell Tower there is the Church of the Visit of the Virgin Mary of 1875, the Well - built with wooden logs of 1860 and the Museum that it is situated in the Farmer’s House with the historical exhibition about village and information office.
In 1977 Vlkolinec was declared like protected Reserve because of its country’s folk heritage The most important date for the village was the year 1993, when Vlkolinec has been included in the World's cultural heritage list of UNESCO.