The city of Trencin is situated in the Váh river valley, on the border of Trencianska and Ilavská kotlina. The archaeological discoveries confirm that the town and its surroundins were settled already in the Paleolithic period. The first name of the city was Laugaricio and appeared already in the 179 a.c. in the Roman inscription on the castle rock. The inscription represents the farthest northern memory of Roman stay in central Europe and testifies the victory of emperors and the troops of the Second Auxiliary Legion on Quadi tribes. 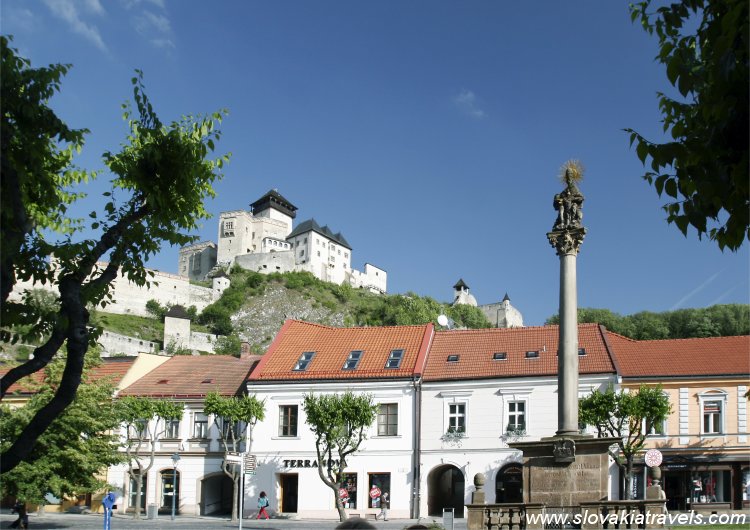 The city was born under the Trencin castle already in the beginning of the 11th century. After the invasion of the Tartars in the 13th century the castle was destroyed. In 1275 the castle received in its property the magnate Peter Cak. Its son Matus Cak later held under his dominion almost all territory of the contemporaneous Slovakia and the apex of its glory coincided with the greater prosperity of the city. In 1412 the king Zigmund of Luxembourg granted to Trencin the rights of free royal town.

In the middle of the 17th century Trencin had to defend itself from the Turks attacks, that who never succeeded to storm the city. In 1790 the Trencin castle was destroyed from a fire and the town from the plague. Only in the beginning of the 20th century the castle was in big part restored. Trencin, the seat of the district and region, today belongs to the significant Slovak cities with rich cultural and social life.