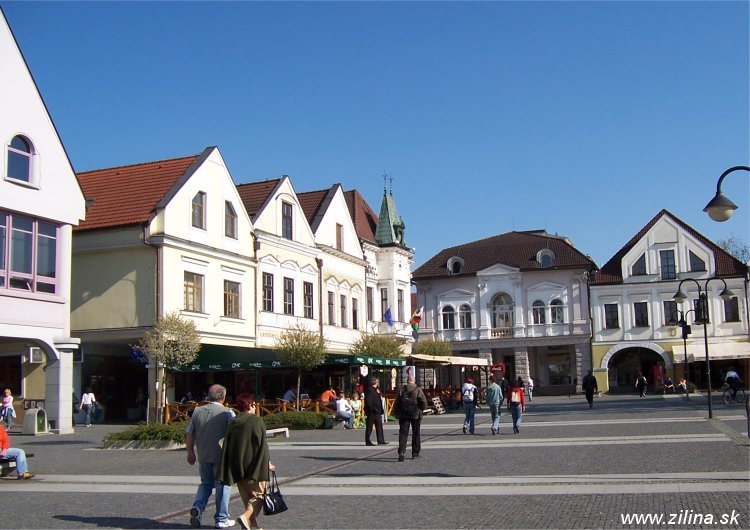 It is of the 13th century and in 1987 was declared a Protected Urban Area. The square is situated in the center of the city and is encircled from bourgher's houses treated with arcades on the ground floor typical for Zilina and with the original wine cellars in Gothic style well preserved until today.


STATUE OF THE IMMACULATE

It is situated in the center of the square and was placed in 1738 in honor when the town was convert to catholicism. 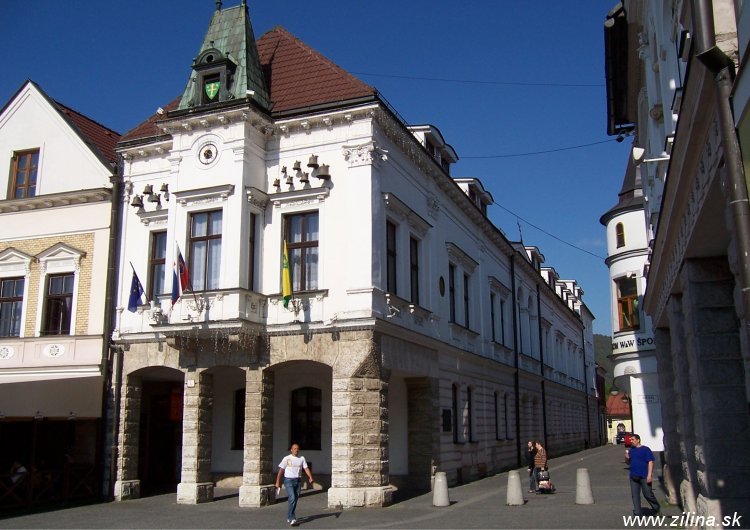 The house No. 1 on the main square, was constructed in place of the old town hall of the 16th century. The building of the town hall was various times restored and its contemporary aspect is of 1890. Today it is the seat of the mayor of the Zilina city.


CHURCH OF ST. PAUL THE APOSTLE AND THE JESUITICAL MONASTERY


CHURCH OF THE HOLY TRINITY

Also call the Parish church of the Virgin Mary. The first news written of the church dates from 1400. This church with three naves in Gothic origin with Renaissance elements was built in place of the ancient castle of the 13th century. The tower of the church is high 51 m. In the churche's interior finds the main altar of 1697 and the precious painting of the Holy Trinity by J. B. Klemens.

It is situated in the vicinity of the Holy Trinity church and is high 46m. This Renaissance tower was built towards 1530 following the canons of the Italian municipal bell towers.
From the tower the beautiful panorama of the medioevale part of the city can be admired.

Also call the Franciscan church, was constructed between 1723 and 1731. Interior of the church consists a precious and rich decorated furnishing in baroque style, but above all it attracts to the attention the altar of St. John Nepomucky.


CHURCH OF ST STEPHEN THE KING

It is the oldest historic building of Zilina. The late Romanesque church is situated in the city part Rudiny. It is one of the first Romanesque churches in Slovakia, dating from the middle of the 13th century. Inside the church are found a very precious frescoes, whose given laughed them to 1260. The church is encircled from a stone wall. To the inside of it walls, were discovered during the archeological diggings the foundations of the Renaissance chapel of the 15th century. 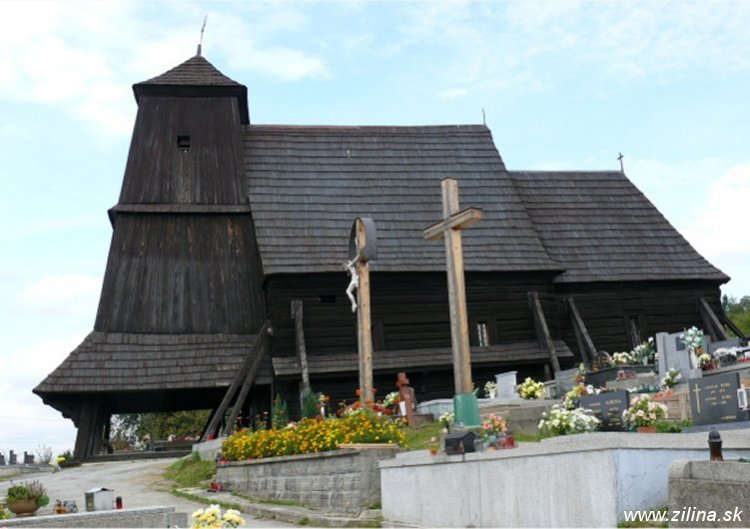 The church is sitauted in the city part Trnove. The first news written of the church dates to 1582. It is the wooden church with one nave built in Gothic style, covered from wooden tiles. It is one of most precious monuments of the town.


Other monuments to visit are: