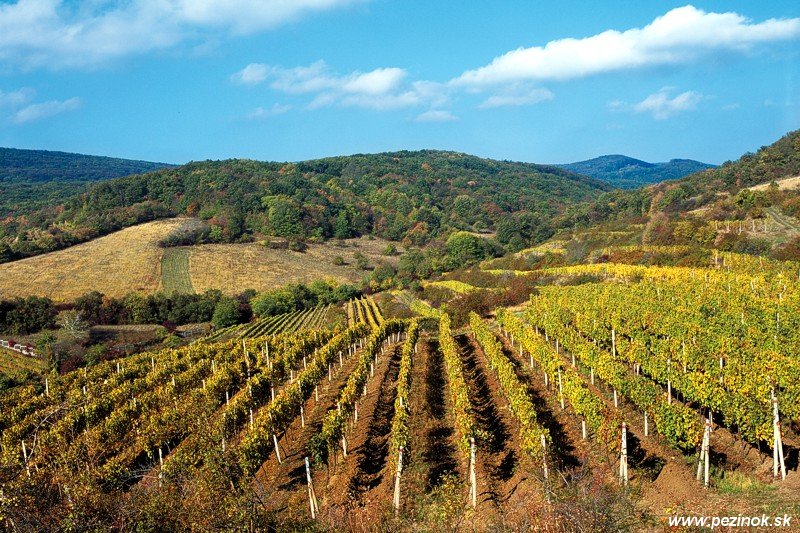 Viticulture has a long tradition in Slovakia. Around half of the 90 of the 20th century in the wine-growing areas was born idea to create a wine routes, which are certainly the most interesting destinations in the wine tourism. The wine routes offer to visitors more than the beauty of the vineyard landscape, including the opportunity to visit the wine cellars with tasting of local wines. 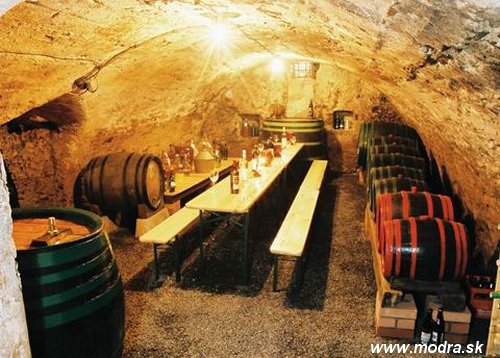 The Wine Route of the Little Carpathian Mountains was founded in 1995 and consists of 25 cities and villages. Cross the royal towns of the past as Bratislava, Svaty Jur, Pezinok, Modra, Trnava and other small villages in the Carpathian Mountains. The tradition of viticulture and wine, the rich history that is reflected in historical monuments, folklore preserved the characteristics of homes in the area of viticulture, culinary specialties, picturesque nature of this region is truly an ideal place to relax and in connection with a trip around the welcoming wine cellars forms a memorable experience.

At the entrance of every village is the logo of the Wine Roads of the Little Carpathian Mountains with the wine symbols. At the same time all taverns, restaurants and private cellars of the producers of these places are marked with the logo of the wine route.

Important Events:
March - Modra - regional exhibition VITIS AUREA
April - Wine Markets in Pezinok
May and November, "Day of Open Cellars", where every visitor has the chance to taste the wine from Bratislava to Trnava
September: "Malokarpatské vinobranie" (Vintage of the Little Carpathian Mountains) in Pezinok and Modra

The attractions of the cities and villages:

Sv. Jur – preserved almost intact town center with typical winegrowing houses of 16 and 17 century, the Gothic church of St. George of 13 century, originally Renaissance chateau of Palffy was later modified in Baroque style, a small Brewery located in the historical building of the monastery, the State Nature Reserve with its rich flora and fauna.

Pezinok – to know the city there are two tours: Historical circuit - including important buildings and monuments such as Krušičovská house, City Hall, the Synagogue, Kaviak House, Gothic house, the park with the castle of the 17th century, forts and other monuments of the city.
The second round is a process mining: who makes known to visitors the history of mining, where in the past were the major gold mines whose tradition dates back to 14th century. Among the attractions of the city belongs also visit the National Wine Salon, City Vinothec, but also the private cellars of the well known wine producers in the region of the Carpathian Mountains.

Slovensky Grob – is best known for its culinary specialties such as roast goose, goose liver and lokse (potato pancakes).

Modra – except the wine, Modra town is well known for its production of majolica of Modra. There is also the museum of the famous Slovak nationalist L. Stur (codified the Slovak language), the most precious monuments in the city are the churches, which is the oldest is the Gothic church of St. John the Baptist from the second half of the 14th century, the Slovak Evangelical Church built in 1826, the German Evangelical Church in neoclassical style built in 1834, the church of St. Stephen King from 1876, than the civic fortifications built in the years 1610 to 1646, Upper Gate and Renaissance circular bastion, which are part of the town fortifications. Nature lovers can visit the beautiful recreation area Modra - Harmonia and Zochova cottage.

Smolenice – there is the Smolenice castle - home of the scientists of the SAV (Slovak Academy of Sciences) opened to the public in the summer, you may visit the nearby Driny cave.

Casta and Pila - over these two villages lies a huge castle of Cerveny Kamen of 13th century, in the castle are located the biggest wine cellars of the Wine Route of the Little Carpathian Mountains.

Trnava – is rich of historical monuments, the most important are: the Civic Tower, Town Hall,the Church of St. Nicholas, the University church.